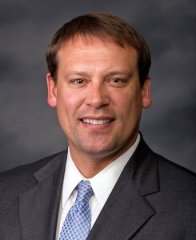 With former Senator Kay Hagan declining to run again in back-to-back cycles, a candidacy by the former Blue Dog Democrat legislator would be a major coup for the party.

As it stands now, without any Democratic candidate in the race, the Tar Heel State could be in the unlikely position of hosting a blow-out election next year – unusual for a state Smart Politics has recently documented as hosting the most competitive U.S. Senate elections in the nation over the last quarter-century.

If Shuler does run, however, and captures the Democratic nomination, it would set up a rarity of a different sort in North Carolina politics.

A Smart Politics study finds that a Heath Shuler vs. Richard Burr general election matchup in 2016 would mark just the second time two sitting or former U.S. Representatives have met in a North Carolina U.S. Senate election in the direct election era – and the first in 98 years.

In general, members of the U.S. House from the Tar Heel State have shied away from running for the nation’s upper legislative chamber.

Since 1914, there have been 110 men and women to serve as U.S. Representatives from North Carolina – and just 11 of them have run for the Senate, or 10 percent. [Note: Smart Politics compiled the number of sitting or ex-U.S. House members who ran on the primary or general election ballot].

That means a Shuler U.S. Senate candidacy would be the first by a sitting or former Democratic U.S. House member in the state since Galifianakis’ in 1972.

Hancock, Morrison, and Umstead were defeated in the primary while Galifianakis lost in the general election to Jesse Helms after knocking three-term U.S. Senator B. Everett Jordan out in the Democratic primary.

Morrison also ran for and failed to become the Democratic nominee in 1932’s special and general election U.S. Senate contests 10 years before he was elected to Congress.

Pritchard lost to J. William Bailey, Jonas was defeated by incumbent Robert Reynolds, Broyhill (who had been appointed to the Senate) lost to Terry Sanford, and Johnston was defeated in the GOP primary by Lauch Faircloth. Burr has won back-to-back elections after John Edwards ran for the presidency in 2004.

Overall, Democrats have had 20 different U.S. Senate nominees across the 39 general and special elections to the chamber in the direct election era.

Republicans have put forth 24 different nominees across these 39 elections, of which five were sitting or ex-U.S. House members: Pritchard, Jonas, Broyhill, Burr, and John Morehead in 1918, who served one term in the lower chamber from 1909 to 1911.

The 1918 matchup between the aforementioned Senator Simmons and Morehead is the only North Carolina U.S. Senate race in the direct election era to feature a pair of sitting or former U.S. Representatives.

As such, a Shuler versus Burr matchup in 2016 would be the first of its kind in the state in 98 years.