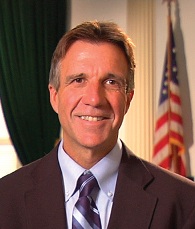 It took a summer to decide, but Vermont Lieutenant Governor Phil Scott announced this week he will run for the state’s highest elected office in 2016 – three months after Democratic Governor Peter Shumlin opted against running for a fourth term next year.

Vermont is perhaps the GOP’s third best pick-up opportunity among the 12 states holding gubernatorial elections in 2016 after West Virginia and Missouri.

But even though Scott has proven he can win statewide elections in Vermont, the mere fact that he enters the race as the state government’s second highest ranking official in an open seat race does not necessarily make him the odds-on favorite to win.

In fact, although many lieutenant governors have later gone on to win gubernatorial elections in the Green Mountain State over the last two centuries, their track record in recent decades has been quite poor.

A Smart Politics study finds that although two-dozen sitting or former Vermont lieutenant governors have later been elected governor since statehood, they have lost 12 of their last 14 gubernatorial campaigns over the last 65 years.

To be sure, getting elected lieutenant governor used to be a fairly reliable pathway to the governorship in Vermont.

Overall, 27 lieutenant governors later became governor in Vermont: 24 were eventually elected to the post and three – Paul Brigham (1797), George Hendee (1870), and Harold Arthur (1950) – succeeded to the governorship after the death or resignation of their predecessor but were never elected to the position in their own right. 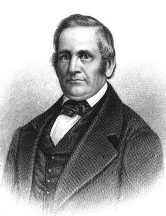 The first lieutenant governor who won a gubernatorial race in Vermont was Whig Silas Jennison.

Including Jennison, at least one sitting or ex-lieutenant governor was elected governor across 13 consecutive decades from the 1830s through the 1950s with 22 men winning a total of 34 gubernatorial elections during this span:

During this 13-decade span, only seven candidates with the position of lieutenant governor on their political resume were defeated in gubernatorial bids:

But this pathway has largely closed over the last six decades with sitting or former lieutenant governors losing 12 of 14 gubernatorial campaigns since 1960.

On the losing end were:

After her defeat in 1982, Kunin returned to the campaign trail two years later and won an open seat race against John Easton and would be reelected in 1986 and 1988.

The only other lieutenant governor to become governor since 1960 is Howard Dean, who first ascended to the post in August 1991 after the death of Republican Richard Snelling.

Dean would win each of the next five elections through 2000.

With Scott now the early favorite to win the GOP nomination in 2016, it is possible the state could see its sixth cycle with two lieutenant governors in the race.

Former GOP lieutenant governor and 2010 nominee Brian Dubie has also not ruled out a 2016 bid at this time.

Other cycles to feature multiple candidates who served as lieutenant governor are:

Since Jennison’s candidacy in 1836, at least one former or sitting lieutenant governor has run for governor in 54 of 107 election cycles, or 50.5 percent of the time.