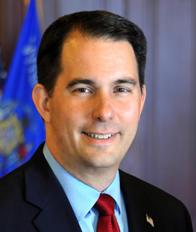 While it was no secret that Scott Walker’s presidential campaign was struggling mightily days after the second Republican presidential debate, few were prepared for his announcement on Monday that he was withdrawing from the race.

That exit came just 71 days after formally launching his campaign on July 13th.

If that sounds like a short campaign, it is.

In fact, less than a handful of presidential hopefuls have closed up shop so quickly in the modern political era.

Smart Politics examined the presidential campaign entrances and exits of the more than 170 campaigns launched since 1972 and found that only two were shorter than Scott Walker’s 71 day journey: Democrat Fred Harris of Oklahoma in 1972 and Republican Lowell Weicker of Connecticut in 1980.

Since the 1972 cycle, when a majority of states began selecting convention delegates via primaries or caucuses, Walker can only point to two presidential campaigns that were shorter than his 2016 bid. 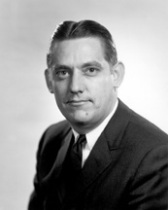 Fred Harris was a two-term Democratic U.S. Senator from Oklahoma when he launched his first presidential campaign on September 24, 1971.

Harris would again run for president four years later and this time lasted 454 days on the campaign trail (from January 11, 1975 to April 8, 1976) but failed to carry any states.

Facing a beleaguered Jimmy Carter presidency, Republicans came out of the woodwork in the 1980 cycle to vie for their party’s nomination to challenge the Democrat.

One of those GOPers was two-term Connecticut U.S. Senator Lowell Weicker who formally announced his candidacy on March 12, 1979.

A self-described “long-shot,” Weicker exited the race just 67 days later on May 17th citing polls showing both Ronald Reagan and George H.W. Bush well ahead of him in his home state.

However, what distinguishes Walker from both the Oklahoma and Connecticut U.S. Senators mentioned above is that he was leading in the polls at one point in the cycle (as of late Spring 2015) and dubbed by many as a top-tier candidate if not a front runner.

So how rare is it for a presidential campaign to not even last 100 days?

Note: Colorado Democrat Gary Hart’s second bid at the White House was initially cut short at 26 days in May 1987 following the Donna Rice scandal, but Hart reentered the race in December of that year and logged another 88 days on the trail for 114 total days of campaigning in the 1988 cycle.

Former Texas Governor Rick Perry, the first GOPer to drop out of the 2016 race, lasted 100 days this cycle – two months shy of the 160 days logged by his 2012 campaign.

As for the longest major party presidential campaign among candidates who fell short of their party’s nomination, that distinction belongs to former Alaska U.S. Senator Mike Gravel. Gravel – more than a quarter century out of office – kicked off his 2008 White House campaign on April 17, 2006 and ran for the Democratic nomination for 710 days until he withdrew to seek the Libertarian Party nod on March 26, 2008.

Note: Two current 2016 GOP contenders have not yet passed Walker’s 71-day mark and, though unlikely, could still drop out after a shorter run. Through September 23rd, John Kasich’s campaign is 65 days old with Jim Gilmore’s at 56 days.

Through September 22, 2016. * Did not withdraw / continued campaign until party convention. ** Withdrew from major party bid to third or independent party. Table compiled by Smart Politics.