More than 550 men and women have received votes for the speakership since the 1st Congress out of nearly 41,000 votes cast 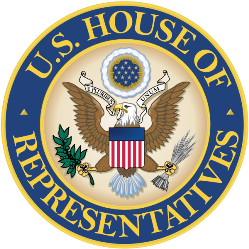 Paul Ryan became the 54th U.S. Representative to serve as Speaker of the House on Thursday and the first from the State of Wisconsin.

Ryan is now the 13th Wisconsinite to receive votes for Speaker in state history – easily eclipsing the previous high water mark of 17 votes won by Republican Henry Cooper in 1923 and the 100 votes won by his Badger State predecessors collectively.

Pelosi, Webster, Lewis, Cooper, and Powell had all received votes in prior Speaker elections, so only Ryan adds his name to a long list of U.S. Representatives to record votes for the office since the late 1700s.

A Smart Politics analysis finds that across the 122 roll call vote elections for House Speaker since 1789 nearly 41,000 votes have been cast for 553 different politicians across 41 states.

[Data note: For the 14 elections that required multiple ballots (or shifts) before a new Speaker was determined, Smart Politics tallied only the largest number of votes received by a given House member on any of the ballots. Also, chamber records only provide unidentified “scattering” numbers for members who received a handful of votes in nine contests (tallying approximately four-dozen votes) in 1789, 1795, 1814, 1819, 1820, 1821, 1825, 1827, 1837) and do not provide the votes received during the 1791 Speaker race]

To date, there are nine states across the Western, Midwestern, and Southern regions of the country which have never had a U.S. Representative (or other politician) receive a single vote for Speaker: Alaska, Hawaii, Montana, New Mexico, North Dakota, South Dakota, Utah, West Virginia, and Wyoming.

Another nine states have seen only one of its delegation members receive votes for the office:

Representatives Albert of Oklahoma and Foley of Washington were elected Speaker three times each.

In addition to the nine states listed above to never see one of its delegation members receive a Speaker vote, members from another 13 states have yet to receive votes over the last 100+ years:

On the other end of the spectrum, representatives from Massachusetts lead the way with a collective 5,862 votes received for Speaker over the decades.

Bay State representatives have also won 20 of the 122 elections for Speaker, or nearly one in six contests. 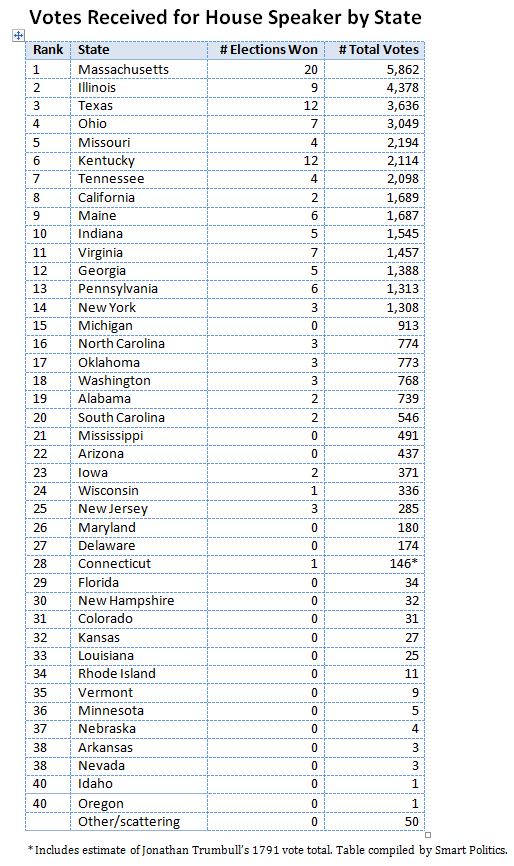 Following the 20 Speaker elections won by Massachusetts U.S. Representatives are Kentucky and Texas with 12 victories each then Illinois (nine), Ohio and Virginia (seven), Maine and Pennsylvania (six), and Indiana and Georgia (five).

The congressman who has received the most votes for Speaker in U.S. history is Texas Democrat Sam Rayburn. 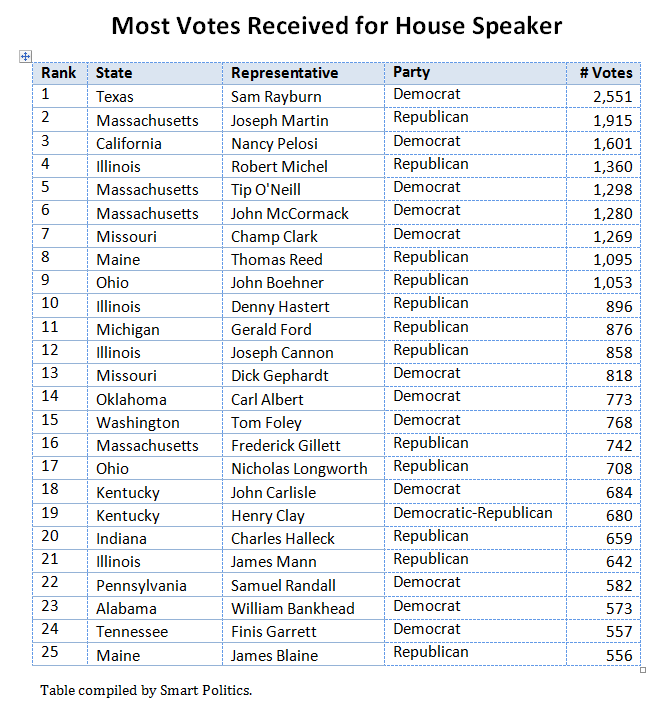 The list above is generally skewed toward Speakers who have served more recently in U.S. history due to both a larger number of members who served in the chamber as well as Speakers getting renominated to the post more frequently as compared to the 18th and 19th Centuries.

Of the 550+ individuals to receive votes for Speaker, the vast majority only received a handful of votes with more than 225 men and women notching just a single vote.

This is due in part to the dozens of congressmen who received votes during the tumultuous, multi-ballot marathon elections for Speaker conducted during elections leading up to the Civil War, particularly those of 1849 (with 94 different U.S. Representatives receiving votes), 1856 (135), and 1860 (90).