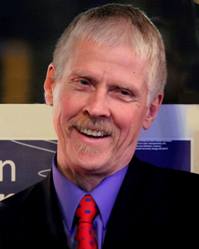 While three Democratic presidential candidates were fielding questions on stage in Des Moines, Iowa on the Paris attacks, terrorism, and ISIS during the first segment of the party’s second debate this autumn, a Minnesota legislative candidate attempted to explain the people who make up the Islamic State.

Software developer and 2016 state house candidate Dan Kimmel tweeted at 8:23 Saturday evening that “ISIS isn’t necessarily evil. It is made up of people doing what they think is best for their community. Violence is not the answer, though.”

It was a strange and rare tweet from Kimmel, who is not a frequent Twitter user having only tweeted 249 times beforehand since joining the social media platform in April 2012.

After a firestorm of feedback to his tweet, two hours later Kimmel attempted to explain, “I deplore the evil acts of ISIS. I do not defend their acts.”

My tweet last evening was in response to a statement made during the candidate debates, not in response to the activities in Paris. It was poorly worded and did not convey my intent.

I do think the attacks in Paris yesterday, along with other ISIS terrorist actions, are cowardly and despicable. My heart breaks for the people of France, of Paris, the families of those wounded or killed and the casualties themselves. My thoughts are with them. I condemn the attacks, as I condemn all violence.

I am folding up my campaign tent. The campaign website and Facebook page will be down by this afternoon.

I apologize to the volunteers and contributors who have put so much time, effort and money into my campaign.

I am very sorry for “spreading ick” on other candidates and the DFL party. I will do everything I can to help resolve the issue: most likely the best thing for me to do is shut up. The tweet was stupid. I’m sorry.

What is strange about Kimmel’s ISIS tweet is that he was not a fringe candidate in a Republican stronghold or overwhelmingly liberal district.

Kimmel was the DFL’s 2014 nominee in House District 56A in 2014, a competitive southern Twin Cities outer ring suburban district that includes Savage and parts of Burnsville (located within John Kline’s 2nd Congressional District).

In the 2014 open seat race, Kimmel lost to Republican Drew Christensen by 11.8 points during the GOP wave that saw that party take back control of the chamber after being out of power for one cycle.

In 2012, Republican nominee Pam Myhra won the seat by 8.1 points. Mitt Romney carried the legislative district by just 3.6 points at the top of the ticket.

Late Saturday evening, Minnesota State House Minority Leader Paul Thissen stated that “Dan Kimmell’s [sic] comments do not reflect the opinions of membership of the House DFL caucus. We stand firmly against the evil that is ISIS.”