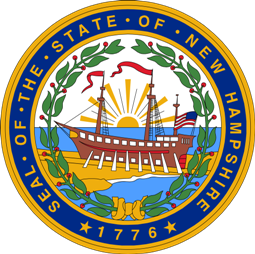 Presidential candidates who do not drop out of the race following the Iowa Caucuses on February 1st have seven full days to campaign and refuel before the New Hampshire primary on February 9th.

Those seven days will be crucial not only to Vermont Democrat Bernie Sanders who needs to win in the neighboring Granite State, but also several ‘establishment’ GOPers (e.g. John Kasich, Chris Christie, Jeb Bush, Marco Rubio) who hope that a strong (second-place?) showing in New Hampshire will both keep their campaigns afloat and give them much needed momentum heading into March when a plurality of states hold their primaries and caucuses.

The transition from Iowa to New Hampshire, however, has not always been on such a compressed timeline.

In 1972, Democratic caucuses in the Hawkeye State were held on January 24th – 43 days before New Hampshire’s primary on March 7th. [No GOP presidential caucuses were held in Iowa that cycle].

It wasn’t until 1984 that the New Hampshire primary was held the week after Iowa.

However, in 2008 there were just four full days between Iowa (January 3rd) and New Hampshire (January 8th) with the Hawkeye State presidential caucuses held on a Thursday for the first time in history.

Prior to 2008, the caucuses had only been held on Mondays while the New Hampshire primary has consistently been held on Tuesdays during this period under analysis.

In 2012, Iowans held their caucuses on a Tuesday for the first time (January 3rd), giving candidates just six full days to campaign before the New Hampshire primary one week later (January 10th).