Eight U.S. Senators went against the majority of their party during the controversial 1987 Robert Bork confirmation vote; seven of their seats have since flipped for good in subsequent elections 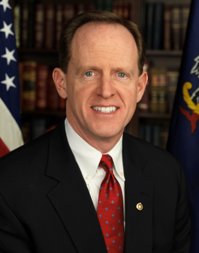 Partisans on the left and right are charging hypocrisy against their political opponents who are alternately rallying for (Democrats) or against (Republicans) the U.S. Senate allowing President Obama’s forthcoming Supreme Court nominee to get a hearing and floor vote in the chamber.

The divisiveness among Capitol Hill officeholders on this issue might mark peak partisanship in the ‘world’s greatest deliberative body’ where the chamber’s seeds for the modern partisan divide on Supreme Court nominations were planted nearly 30 years ago after the nomination of U.S. Court of Appeals Judge Robert Bork by Ronald Reagan in 1987.

While several nominees to the bench had been rejected by the U.S. Senate over two centuries prior to Bork, his nomination was the first in the cable television era and shined a light on the high profile split between the two caucuses.

The Democratic-controlled U.S. Senate eventually voted 58 to 42 against Bork’s confirmation in October 1987, although several U.S. Senators broke with their party on the floor vote.

While those votes may not have sat well with the senators’ caucuses, they were nonetheless prescient of the changing political winds that would eventually sweep across their respective electorates, as seven of these eight seats flipped for good in subsequent elections held over the next two decades.

The eighth, held now by Pennsylvania Republican Pat Toomey, may also flip in 2016 as the first term incumbent waits in the wings against an as yet unknown Democratic opponent this November. [Note: Even Toomey’s seat did briefly flip for 20 months from 2009-2010, but not via the electorate: Arlen Specter changed his affiliation from Republican to Democrat leading up to his failed 2010 reelection bid].

Below is the timeline on when partisan control of the ‘Bork eight’ seats flipped over the past 25+ years:

Lowell Weicker was running for reelection to a fourth term when he refused to back Reagan’s Supreme Court nominee and was knocked out of office a year later by Joe Lieberman.

Lieberman won two more terms as a Democrat plus another as an independent Democrat (still caucusing with the Democrats) before retiring in the 2012 cycle. Democrat Chris Murphy now holds the seat.

After winning three terms (1979-1994), Boren resigned in November 1994 to become president of the University of Oklahoma – a position he has held for the past 21+ years.

Republican Jim Inhofe won a special election to fill Boren’s seat that November and has kept it in the GOP column ever since, winning a Sooner State record of five U.S. Senate contests.

Packwood handily won reelection to a fourth term by 26 points a year before the Bork vote but the scandal-plagued U.S. Senator would resign from his seat during his fifth term in October 1995.

The three-term GOPer was in his last 14+ months in office of his three terms in the chamber (1971-1989) at the time of the Bork vote. Jim Jeffords kept the seat in the Republican column for the next 12+ years before switching his affiliation to independent in May 2001 and then caucusing with the Democrats. This temporarily gave control of the chamber back to the Democrats.

Jeffords retired in 2006 and his successor, independent Bernie Sanders, has caucused with the Democrats after his victories in 2006 and 2012.

The South Carolina political giant was in his fifth term at the time of the Bork confirmation vote. Hollings was reelected two more times and logged more than 38 years in the chamber from 1966 to 2005.

Hollings did not run for an eighth term in 2004, and Republican Jim DeMint picked up the seat that cycle and held it in a reelection bid in 2010. Tim Scott was appointed to the seat after DeMint’s resignation in 2013 and won a special election to the seat in 2014.

Chafee was in his second of four terms when he voted against confirmation of Bork in 1987. Chafee died in 1999 and was succeeded by his son, Lincoln, who eventually lost the seat in 2006 to Democrat Sheldon Whitehouse who currently holds the seat.

Warner was in his ninth year of service when he voted against Judge Bork and would serve a total of 30 years before retiring in January 2009.

Former Virginia Governor Mark Warner picked up the seat for the Democrats in 2008 and narrowly held it six years later.

Specter was in his sixth of 30 years in office when he voted with the Democrats against Bork. Specter, of course, famously switched his party affiliation to Democratic in 2009 – a year before losing his new party’s primary to Congressman Joe Sestak.

Toomey regained the seat for the GOP after the 2010 election but is consistently listed near the top of the list of the most vulnerable Republican incumbents on the ballot this November.

Senator Toomey does not face a primary opponent – the first time for a Republican since Senator Richard Schweiker in 1974.