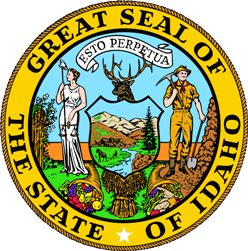 Idahoans will head to the polls on Tuesday to vote in a presidential primary for the 10th time in state history – and for the first time their vote in the Republican race will be one to watch.

Polling of the race has been scant in the state over the last year, save for an Idaho Politics Weekly survey released this week (in the field February 17-26) that showed Donald Trump with 30 percent and holding an 11-point lead over Ted Cruz and a 14-point advantage over Marco Rubio.

Cruz is hoping to add Idaho to his growing list of victories across all four regions of the country – the only GOP candidate thus far to do so. Cruz has already won in the West (Alaska), Midwest (Iowa, Kansas), Northeast (Maine), and South (Oklahoma, Texas). Trump hopes Michigan will add a heretofore elusive Midwestern victory to his column this evening.

Like many states, Idaho’s first presidential primary was held in the 1976 cycle and neither that race nor the eight primaries that followed were anywhere close to competitive.

While the May 25, 1976 contest between Ronald Reagan and Gerald Ford was consequential – as Reagan attempted to catch the president in the delegate race in the closing weeks of the primary season – the race in Idaho was a blowout.

Reagan defeated Ford by 49.4 points with 74.3 percent of the vote. Reagan dominated the western states that cycle with additional decisive primary victories in Nevada, Montana, and California and only narrowly losing Oregon. [Reagan also won the majority of delegates selected in six of the eight other non-primary Western states, failing to do so in only Alaska and Hawaii].

The late May calendar date for the Idaho primary over the next several cycles thus resulted in few, if any, active candidates remaining to challenge the GOP frontrunner by the time voters got a chance to have their say in the Gem State:

In 2012, there was no presidential primary in Idaho.

However, even though the caucuses were held in early March (all of the state’s primaries were held in mid- to late May), the race was still a blowout.