The Texas U.S. Senator was the first Republican in and nearly the last one out, notching a rare failed campaign lasting more than 400 days 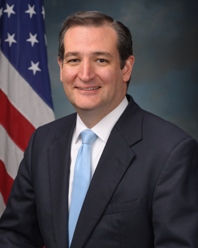 With the delegate math to deny Donald Trump a first-ballot victory at the Republican National Convention clearly not in his favor, Ted Cruz announced his withdrawal from the presidential race after his disappointing second place finish in Indiana last Tuesday.

It was an arduous campaign for Cruz, but not without its successes – garnering north of 550 delegates and winning nine state primaries and caucuses with presidential preference votes.

While hindsight may illustrate key mistakes made by the Cruz campaign this cycle, it cannot be said that he lacked effort.

Senator Cruz was the first candidate to jump into the 2016 Republican race – and nearly the last candidate to withdraw, with Ohio Governor John Kasich doing so one day after Cruz on Wednesday, March 4th.

In fact, only seven other failed Republican candidates ran longer campaigns out of more than 75 to seek the White House since 1972.

Connally dropped out one day after his strongest showing – winning 29.6 percent in the South Carolina primary on March 8th. That was good for second place, but more than 25 points behind Ronald Reagan.

Connally had also finished a distant fourth in the Iowa caucuses in the first presidential preference vote in January.

Paul did not win any states that cycle, but raised enough money to stay in the race through the early June primaries, and rattled off numerous (distant) second place finishes to John McCain after Mike Huckabee’s exit in early March.

During his follow-up campaign in 2012, Paul never officially withdrew from the race  (May 13, 2011 through August 28, 2012) for a span of 474 days. [Note: Paul ended active campaigning in mid-May, 368 days after the launch of his run, but did not withdraw before the late August national convention].

The Paul campaign had expected to win a plurality or majority of delegates in five states at the convention, but rule changes that favored Mitt Romney left the Texas Congressman winning only Iowa, Minnesota, and Nevada.

In 1996, Congressman Bob Dornan of California (April 13, 1995 through August 14, 1996) was mostly ignored by the voters and the media, despite technically not withdrawing for a 490-day run until the convention.  Dornan’s best showings came March 12th in Mississippi where he won 1.4 percent of the vote and June 4th in New Mexico where he received 1.2 percent. Dornan failed to reach the one percent mark in his home state.

The outspoken GOP U.S. Representative concurrently ran for a 10th term in Congress that cycle, winning his March 26th GOP primary but narrowly losing in November to Loretta Sanchez.

Pat Buchanan (March 20-1995 through August 14, 1996) likewise did not withdraw until the 1996 August convention for a 514-day run. Like Dornan in 1996 and Paul in 2012, he ended active campaigning well before then on April 17th but reserved the right to renew his bid in hopes of influencing the party platform at the GOP convention.

Buchanan had won the New Hampshire primary that cycle as well as caucuses in Alaska, Louisiana, and Missouri. The conservative commentator received the support of 47 delegates on the first ballot.

Two other failed Republican candidates ran campaigns of more than 500 days – although neither came close to winning a state.

The former Delaware Governor won 10.1 percent in that race, but landed in a distant fourth place behind George H.W. Bush, Bob Dole, and Jack Kemp.

The presidential campaign of Illinois Congressman Phil Crane (August 2, 1978 through April 17, 1980) lasted 625 days – the longest of any failed Republican candidate in the modern era.

After a fifth place finish in Iowa’s caucuses with 6.7 percent, Crane only eclipsed the three percent mark once in Georgia’s March 11th primary (3.2 percent).

Crane won just 2.2 percent of the vote in his home state of Illinois on March 18th and shortly thereafter ended active campaigning until formally withdrawing in mid-April after nearly 21 months to endorse Reagan.

In addition to Kasich (May 4th) the only other failed Republican bids to last longer into the calendar year than those candidates mentioned above were turned in by John Ashbrook in 1972 (June 7th) and George H.W. Bush in 1980 (May 26th).