Only twice in U.S. history have both of a state’s U.S. Senate delegation members shared the same last name 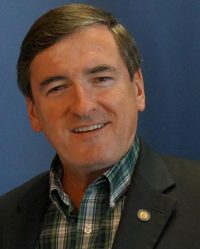 The political press has had fun over the last few days after former two-term Anchorage mayor Dan A. Sullivan filed at the 11th hour to challenge three-term Alaska U.S. Senator Lisa Murkowski for the Republican nomination this cycle.

In that cycle, Dan A. Sullivan unsuccessfully ran for lieutenant governor and some voters in the Last Frontier State have been confused ever since in distinguishing the two Dan Sullivans apart at the ballot box.

If Dan A. Sullivan upsets Murkowski and then wins the general election to join his namesake in the U.S. Senate it will be the first time two members of the nation’s upper legislative chamber have the same first and last names, let alone two from the same state.

But it has also been a rarity over the last two centuries for both senators from the same state to simply share a surname.

Smart Politics examined the more than 1,950 U.S. Senators who have comprised all 50 state delegations since the late 1700s and found that only twice has a state been simultaneously represented by members with the same surname.

To be sure, many states have had U.S. Senators share a last name with a predecessor over the decades.

Sometimes wives were appointed to seats to succeed their late husbands (e.g. Democrats Muriel Humphrey of Minnesota in 1978 or Jocelyn Burdick of North Dakota in 1992).

In other instances, children later took the seats of their fathers, such as Republican Lincoln Chafee (John) of Rhode Island in 1999 or Lisa Murkowksi (Frank, who appointed her to the seat) in 2002.

And on occasion a U.S. Senator is of no relation to a predecessor from their state who happens to share his or her surname (e.g. Hillary Clinton and DeWitt Clinton of New York).

In only two instances, however, have states been concurrently represented by U.S. Senators who share the same last name.

Thomas Clayton had previously served the state’s Class I seat from 1824 to 1827 while John Clayton took office in 1829 and served until 1836 when he resigned to become Chief Justice of Delaware’s Supreme Court.

Thomas Clayton served in the chamber during his second stint as a Whig from 1837 through the end of the 29th Congress on March 3, 1847.

In the meantime, John Clayton was subsequently elected back to the U.S. Senate as a Whig to the state’s Class I seat and served from March 1845 until February 1849 when he resigned to become President Zachary Taylor’s Secretary of State.

As a result, the two Clayton cousins served alongside one another from March 4, 1845 through March 3, 1847. In other words, Delaware had two Senator Claytons for 730 days (two years).

It would be nearly 100 years until the chamber witnessed this anomaly again.

The last time a state had two senators with the same surname simultaneously represent them in the U.S. Senate was at the end of the 79th Congress in Ohio.

In September 1945, one-term Republican U.S. Senator Harold Burton resigned to become an Associate Justice on the U.S. Supreme Court, where he served until 1958.

Democratic attorney James Huffman was appointed to the seat, but the vacancy triggered a special election for November 1946 as well as an election for the full term.

The special election was won by Republican Kingsley Taft by 12.4 points over Henry Webber. [Senator Huffman ran for the full term but was defeated by former three-term governor John Bricker].

The two Tafts represented Ohio in the chamber for a period of 59 days until January 3rd when senator-elect Bricker was sworn into office.

Overall, 38 states have had at least two U.S. Senators with the same surname serve at some point in their history – all but Arizona, California, Colorado, Hawaii, Idaho, Kansas, Michigan, Missouri, Nevada, New Mexico, Oklahoma, and Washington.

One final note about the Sullivans: Dan (S.) Sullivan is the third Sullivan to serve in the U.S. Senate.