Barring multiple last minute withdrawals from the race, the 2016 GOP U.S. Senate field to replace Marco Rubio will be the largest in party history 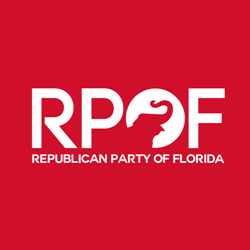 Presidential candidate Marco Rubio’s 11th hour flirtation with running for reelection has made an already high-profile (and consequential) U.S. Senate race even that more fascinating.

Without Rubio in the mix, a record number of candidates have filed to run in the Republican primary. However, the field could further fluctuate.

Congressman David Jolly will announce on Friday whether he is going to remain in the race (or run for reelection to the U.S. House or step aside from politics this cycle) and Lieutenant Governor Carlos Lopez-Cantera has stated he will withdraw if Rubio seeks another term.

Prior to 2016, the high water mark for the number of Florida Republicans on a U.S. Senate primary ballot was seven – set in 2004.

In only one other cycle have more than four candidates run in the primary.

In 1980, six Florida Republicans ran for the nomination in a contest won by Public Service Commissioner Paula Hawkins.

No matter how large the field, however, it has been decades since the party had a bonafide barnburner U.S. Senate primary.

The last time a GOP U.S. Senate contest was decided by less than 10 points in Florida was 72 years ago.

In 1944 – when the state was basically under one party rule – attorney Miles Draper of Tampa defeated Henry Gibson of Miami Beach by 6.6 points.

For perspective, less than 10,000 Floridians voted in that primary versus nearly 380,000 in the Democratic race won by incumbent Claude Pepper. Pepper won the general election over Draper by 42.6 points.

Since 1944, the average margin of victory in a Republican primary (excluding runoffs) has been 55.1 points with six nominees running uncontested.

Only three other contests have been decided by less than 20 points:

If no other Republicans file before the June 24th deadline, the 2016 field will narrowly fall shy of the all-time state record set in 1974 when 11 Democratic candidates battled it out in the September primary.

In that race, freshman Congressman Bill Gunter and Secretary of State Richard Stone headed to a runoff in which Stone prevailed.

In addition to the 10 Republicans currently running this cycle there are also seven Democrats, 10 independents, and two Libertarians filed to run for Rubio’s (temporarily) open seat.