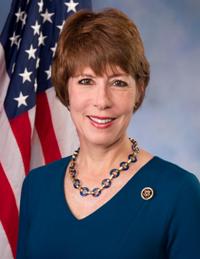 But in a political cycle in which women have also reached (U.S. House) or equaled (U.S. Senate) record levels in Congress, their numbers have fallen short of the peak level in governorships across the country.

There are currently six female governors in the United States – Democrats Maggie Hassen of New Hampshire, Kate Brown of Oregon, and Gina Raimondo of Rhode Island and Republicans Susana Martinez of New Mexico, Mary Fallin of Oklahoma, and Nikki Haley of South Carolina.

That is down from a high of nine women who held their state’s top executive position more than a decade ago.

In July 2004, Republicans Jodi Rell of Connecticut, Linda Lingle of Hawaii, Judy Martz of Montana, and Olene Walker of Utah and Democrats Janet Napolitano of Arizona, Ruth Ann Minner of Delaware, Kathleen Sebelius of Kansas, Kathleen Blanco of Louisiana, and Jennifer Granholm of Michigan were all in office.

Brown is running in a special election in Oregon this cycle and is favored to hold her seat but Hassan opted to challenge U.S. Senator Kelly Ayotte instead and there is no guarantee another woman will take her place across the dozen states holding contests this year to keep that number at six.

One woman who has been making the early rounds to launch a gubernatorial bid in 2018 is Florida Congresswoman Gwen Graham.

In fact, of the three-dozen women to serve as governor in U.S. history only a small handful had a parent with as notable political credentials as Graham.

Sebelius is the only daughter of a governor to become a governor in her own right.

Sebelius served 22+ years as an elected official in Kansas government: eight years each as a state legislator (1987-1995) and state insurance commissioner (1995-2003) and six-plus as governor (2003-2009) before resigning to become President Obama’s Secretary of Health and Human Services.

Few other female governors had parents with resumes that included holding elected office:

A few others had parents in political office, though not to elected positions:

Equally common were women who rose to the highest statewide elected office despite facing difficult childhoods:

Congresswoman Graham is not running for reelection to her U.S. House seat due to redistricting and stated last month she will focus on her potential gubernatorial run after the end of her term in January.