Just eight out of 53 Republican nominees over the last century failed to win a majority of the vote; Tuesday’s nine-candidate field was the largest in state history by either party 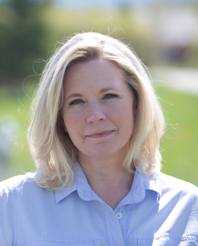 As expected, Liz Cheney took one step closer to claiming her father’s old at-large Wyoming U.S. House seat on Tuesday, with an 18-point win in the Republican primary.

However, while Cheney’s win was decisive (winning by 18.0 points), 60 percent of GOP voters cast their ballots against one of the Cowboy State’s most famous political names.

In one respect that is to be expected.

As Smart Politics previously reported in early June, the nine names on Tuesday’s Republican U.S. House ballot was nearly double the largest number of candidates to appear on the ballot for the GOP or Democratic nominations of the 106 primaries conducted for the seat over the last 100+ years since 1912.

Cheney’s vote share was not the lowest support for a Republican nominee in party history for the office, but it was close.

Only three GOP nominees emerged from the primary with a smaller slice of the pie (all in five-candidate fields):

Four other nominees have won the Republican primary with a plurality of the vote over the last 53 cycles:

With regard to the importance of Cheney’s 39 percent showing, supporters would point out that her numbers were deflated due to the historically large field.

Detractors would point out that the fact that Cheney’s entrance in the race did not clear the field (and emboldened some campaigns) is a sign in and of itself that she has not unified GOP support in this race and her 39 percent is indeed a telling statistic.

A victory by Cheney in November would be the 12th consecutive win by a female nominee for this at-large seat dating back to 1994.