Meanwhile, Trump breaks a statewide 152-year old state record set by Abraham Lincoln in 1864 for the best ever showing in the state 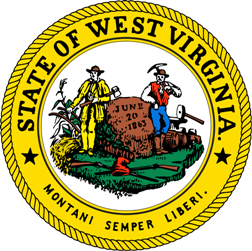 The support for Democratic presidential nominees in West Virginia has declined in every cycle since Bill Clinton’s reelection victory in 1996 and has now reached an all-time low with 2016 nominee Hillary Clinton.

With nearly all precincts reporting, Clinton managed just 26.5 percent of the vote – losing by a whopping 42.2 points to Donald Trump.

Never before had a Democratic presidential nominee failed to reach 30 percent in West Virginia, with the previous low-water mark coming in the state’s first presidential election in 1864, a year after achieving statehood.

Prior to Clinton, Democrats had won over 40 percent in 35 of the previous 38 election cycles in West Virginia, also falling short of that mark with George McGovern during the 1972 landslide (36.4 percent) and Barack Obama in 2012 (35.5 percent).

The only major party candidate who fared worse than Hillary Clinton in West Virginia was President William Taft in 1912. Taft won only 21.1 percent in a third place showing behind Woodrow Wilson and Teddy Roosevelt.

On the other side, Trump broke Lincoln’s all-time record for the strongest showing in the Mountain State, despite third parties winning 4.8 percent of the vote collectively.

Trump received 68.7 percent of the vote – a half of a point better than Lincoln’s 68.2 percent in 1864. No Democrat or Republican had won a larger share of the presidential vote in state history.