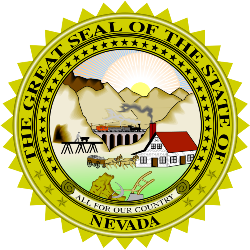 For 40 years, Nevadans have had the option of turning up their noses and not voting for any presidential candidate – but still voting for the office all the same.

Across the last 11 election cycles since 1976, Silver State voters have been presented with the option to vote for ‘none of these candidates.’

And on Tuesday, a larger share than ever of presidential election voters rejected the available candidate choices and selected “none of these candidates.”

With all precincts reporting, 2.57 percent of Nevada voters chose this ballot option – more than 4.5 times as many as 2012 when just 0.57 percent voted for no one.

Prior to 2016, the previous high water mark came in 1976 when 2.53 percent of Nevadans checked the ‘none of these candidates’ box.

During that cycle, Nevadans were presented with two major party nominees – neither of whom won the states’ primary earlier that May (Ronald Reagan won the Republican primary and Jerry Brown won the Democratic contest).

In Nevada’s high profile U.S. Senate race between Democrat Catherine Cortez Masto and Republican Joe Heck, 3.8 percent chose to vote for no one.