Hoeven has now been elected by the #1 and #4 biggest margins in North Dakota U.S. Senate elections 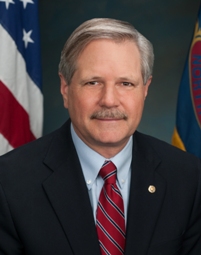 In the 2016 U.S. Senate race in North Dakota, one-term Republican incumbent John Hoeven garnered more support than any candidate running in the 34 races held across the country this cycle.

Hoeven was one of four incumbents to receive more than 70 percent of the vote (78.6 percent) along with fellow GOPer John Thune of South Dakota (71.8 percent) and Democrats Brian Schatz of Hawaii (73.6 percent) and Chuck Schumer of New York (70.4 percent).

Hoeven also became the first Republican to be reelected to the chamber from North Dakota since Milton Young in 1974 and his victory was not only decisive, it was a record-breaking performance in the Peace Garden State.

Hoeven received 78.6 percent of the vote in a four-candidate field that included a Democrat (State Representative Eliot Glassheim), a Libertarian (Robert Marquette), and an independent (James Germalic).

Glassheim garnered just 17.0 percent – the weakest showing by a Democratic nominee for the office in the state since J.J. Nygaard’s 7.3 percent in 1938.

Hoeven fell just shy of the 79.6 percent recorded by Frazier in that race for the largest support ever awarded to a North Dakota U.S. Senate nominee.

The former governor also holds the fourth most decisive U.S. Senate victory in North Dakota history with his 53.9-point win over State Senator Tracy Potter during his debut 2010 bid.

The most competitive race held for the office in North Dakota was Republican Milton Young’s 0.08-point victory in 1974 against former Governor William Guy en route to his sixth term in the chamber. 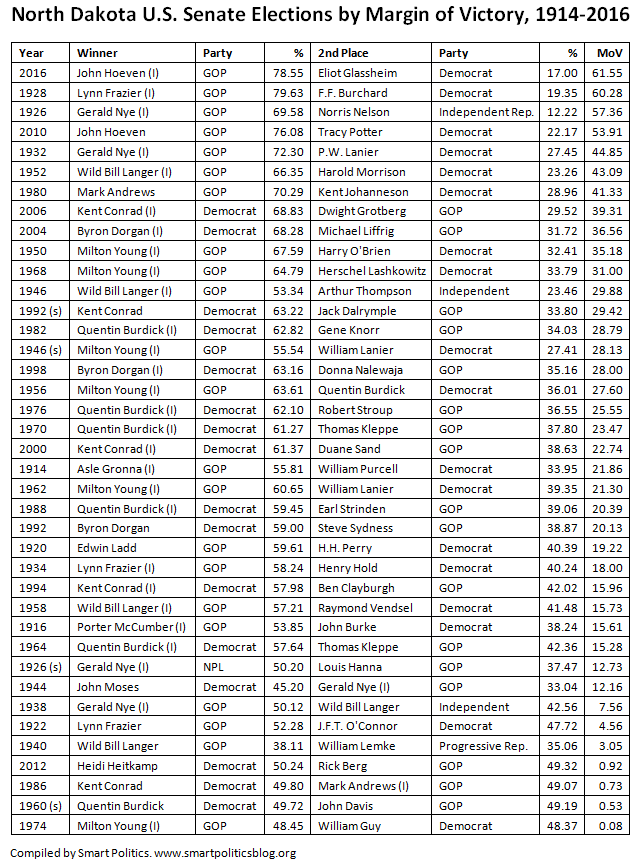 The average margin of victory for the office in the state has been 25.0 points over the last century with only seven of the 39 contests decided by single digits.