However, nearly one in six governors of the Palmetto State did not finish their term 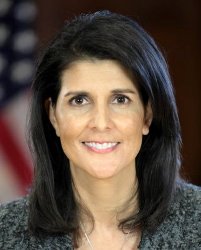 Nikki Haley’s departure from South Carolina this week to become the country’s United Nations Ambassador marks the first time in more than 50 years that a Palmetto State governor failed to complete his or her term.

However, Haley has plenty of company when looking at the state’s long political history with many governors failing to finish what they started – through no fault of their own or otherwise.

Since statehood in 1788, a total of 82 men and women have served as governor of South Carolina, of whom 13 exited before the end of their term – or nearly one in six.

A fifth governor, Democrat Wade Hampton (1876-1879), cut his second term short soon after it began – resigning after being seriously injured in a hunting accident. [Hampton did recover and was elected to the U.S. Senate later that year].

In addition to Haley, six other South Carolina governors resigned from office to take on other governmental positions:

Two other governors exited before the end of their term.

One, Democrat Andrew McGrath, was in office at the close of the Civil War and was removed from the office by the federal government approximately a month and a half after General Lee’s surrender of his forces at Appomattox.

Controversial Democratic Governor Cole Blease (1911-1915) ran for the U.S. Senate in 1914 during his second two-year term as governor but was defeated in the primary by incumbent Cotton Ed Smith. Blease resigned five days before the end of his term in 1915 so he would not have to attend the inauguration of his successor – progressive Democrat Richard Manning.

Haley is the seventh female governor nationwide who did not finish her term: