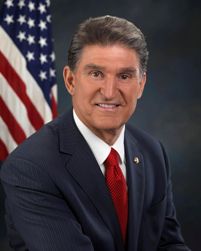 Manchin’s seat is one of many Republican targets in 2018 – particularly because of the state’s overwhelming support for Donald Trump in 2016 and the GOP winning its first U.S. Senate election in 58 years in 2014 (Shelley Moore Capito).

But, unlike 2014, when the GOP was able to win an open seat caused by the retirement of Jay Rockefeller, Senator Manchin still commands considerable support in the increasingly GOP-leaning state.

Moreover, even though their control over state and federal legislative seats has waned considerably in recent years, West Virginia Democrats have nonetheless proven to still be quite competitive and win statewide races.

Following the victory of extremely unpopular (in the state) Barack Obama in 2008, West Virginia Democrats have won 10 of 16 statewide elections.

Manchin is hoping the power of incumbency and his track record of being an independent voice in a party increasingly dominated by progressives will stave off a fierce Republican campaign to unseat him next year. [Jenkins is expected to be one of multiple high profile GOPers gunning for the nomination].

To be sure, incumbency has served senate Democrats well in the state for decades.

Looking back at the state’s electoral history, West Virginia Democratic U.S. Senators have currently won 20 consecutive reelection bids dating back to the mid-1940s.

Since the state’s first direct election for the office in 1916, four Democratic incumbents were unsuccessful in their quest for another term.

As of Manchin’s October 2016 (Q3) filing, the senator had in excess of $1.6 million cash on hand for his reelection campaign.