Only 2 of the 43 men and women to serve in Congress from Wyoming have subsequently been elected governor; none have even landed on the primary ballot in more than 65 years 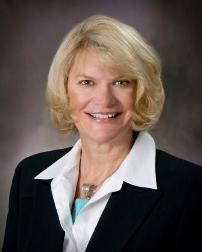 Former four-term Republican Wyoming U.S. Representative Cynthia Lummis was rumored to be a candidate for her party’s 2018 gubernatorial nomination as soon as she announced she was retiring from her seat last year.

A report last week by E&E Daily indicated Lummis was still considering such a bid in which she could potentially face high profile statewide officials such as Wyoming Secretary of State Ed Murray and State Treasurer Mark Gordon in a GOP primary to replace term-limited Governor Matt Mead.

Lummis’ candidacy as a woman running for the highest elected office in Wyoming would not be particularly noteworthy on its face.

Several have sought their party’s gubernatorial nomination over the last few decades including:

That said, Lummis’ pathway from D.C. to the governor’s mansion in Cheyenne would be a rarity.

Smart Politics examined the 36 Wyoming gubernatorial election cycles since statehood and found that only two of the state’s 43 members to serve in the U.S. House or U.S. Senate later served as governor, with just four ever appearing on a primary or general election ballot and none since 1950

Since 1890, Wyoming has seen 43 different men and women represent the state in D.C. as a U.S. Delegate, U.S. Representative, or U.S. Senator.

The first former or sitting member of Congress to run for governor in the state was Democratic physician and former territorial legislator John Osborne, although he had previously served as the top elected official in the state.

Osborne won a special gubernatorial election in 1892 and served for two years. In 1896, he unseated GOPer Frank Mondell as the state’s at-large U.S. Representative for which he served one term.

A half decade later, the former congressman won his party’s nomination for a 1904 special gubernatorial election but was not able to win back his old job, losing to Republican state legislator Bryant Brooks by 18.2 points.

Carey remained the only gubernatorial candidate with legislative experience in D.C. on his resume for the next four decades until 1950’s open seat race featuring one former and one sitting member of the nation’s lower legislative chamber.

After narrowly losing reelection to Congress as a freshman in 1942, former Democratic U.S. Representative John McIntyre later served as Wyoming deputy attorney general and auditor before winning his party’s 1950 gubernatorial nomination in a three-candidate field.

McIntyre lost his seat in Congress in 1942 to Republican Frank Barrett, who served the next four terms in the chamber when he won the GOP gubernatorial nomination in 1950.

Barrett got the best of McIntyre again in the gubernatorial general election that cycle with a 12.7-point victory.

Barrett is the second and last ex- or sitting member of Congress to subsequently serve as governor of Wyoming.

Over the next 16 election cycles since Barrett’s victory in 1950, no sitting or former member of the U.S. House or U.S. Senate from Wyoming has even landed on the gubernatorial primary ballot.