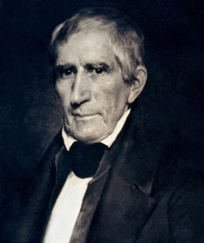 Harrison, the ninth president of the United States, famously passed away at the age of 68 on his 32nd day in office on April 4, 1841, after the cold he developed days after his inaugural address turned into a severe case of pneumonia.

When Trump surpasses Harrison on Tuesday on his 33rd day in the White House, he will hit yet another political milestone that many Americans thought he would never achieve.

In what might be described as a perpetual unwillingness over the last 20 months in some quarters to accept reality on reality’s terms, the 45th president has time and time again proven his skeptics wrong and exceeded expectations.

The list of seemingly insurmountable hurdles that Trump has cleared continues to grow since June 2015, such as:

With a ‘colorful’ first month in office under his belt, and no end of controversy or divisiveness among the public in sight, speculation has already begun of Trump’s eventual impeachment or resignation – scenarios outlined by Nate Silver a fortnight into his presidency.

There is little doubt Trump will continue to disappoint his critics and political opponents as he survives and advances, leaving them in a continued state of bewilderment about his intentions and political longevity.

And, as this week removes from Trump’s legacy the possibility of his owning the shortest presidency in U.S. history, he now eyes James Garfield for the next presidential milestone in early August as he marches up the list:

Of course, only Harrison, Garfield, Taylor, Harding, and Kennedy were elected to the presidency. The remaining five who served less than a full term ascended to the position from the vice-presidency after the death or resignation of his predecessor.