Nearly one-quarter of major party nominees seeking rematches in U.S. House elections in the Sunflower State have been successful 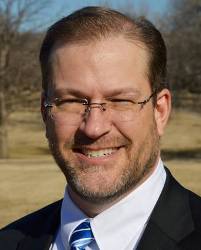 Thompson fell just 6.8 points shy of a stunning upset against state Treasurer Ron Estes, winning 45.8 percent of the vote in a district where the party’s 2016 nominee, Daniel Giroux, claimed only 29.6 percent less than a half-year ago.

Thompson, a U.S. Army veteran and civil rights attorney, will undoubtedly expect – and receive – greater outside support for his 2018 candidacy.

But will increased funding and better name recognition translate into success in such a rematch against Congressman Estes (the presumptive 2018 GOP nominee)?

Overall, Kansas has held 443 elections to the U.S. House since statehood, of which 42 involved rematches among major party nominees (9.5 percent).

Among the 42 elections in which a rematch was sought, 10 were successful, or 23.8 percent:

Thompson’s decision to seek a second chance against Estes in 2018 is understandable given his strong performance in the special election.

If Thompson and Estes each become their party’s nominees in 2018, their matchup would be just the sixth rematch among major party U.S. House nominees from Kansas over the last 60 years.

Boyda is the only challenger since 1958 to launch a successful rematch campaign. The chemist and teacher erased a 14.9 deficit against Ryan in 2004 and eked out a 3.4-point win with Barack Obama at the top of the ticket two years later.

None of the other four repeat challengers during this period came within single digits of victory the second time around.

While nearly one in four losing nominees seeking a rematch have been victorious, taken as a whole, challengers do not net much ground during their second (or third, fourth) time around.

Across the 42 rematches among major party nominees, the challenger gained an average of just 0.7 points from his or her previous effort.

In addition to the 10 nominees who launched successful rematch campaigns, 15 others gained ground and lost by a smaller margin.

The most impressive turnaround in a rematch election came during the 1912 Democratic wave in the state’s 1st CD.

Chapman also challenged Anthony for a third straight cycle in 1914, but lost by 18.4 points.

The second biggest gain by a challenger took place in 1922 in the 8th CD.

Republican district court judge Richard Bird had defeated three-term Democratic incumbent William Ayres by a scant 0.3 points in 1920 as Warren Harding rolled to a 32.2-point win in the state.

In the Democratic-friendly 1922 cycle, Ayres sought to win his seat back and did so handily with a 24.6 point win for a 24.9-point turnaround.

Ayres would go on to serve nine non-consecutive terms in the chamber, with a third matchup against Bird in 1928 going the Democrat’s way with a 16.8-point victory.

Overall, there were eight instances in which two major party nominees for the U.S. House in Kansas squared off in three or more cycles:

It should be noted that of the 10 challengers who found victory in their rematch, four were former U.S. Representatives who had been knocked out of office in the previous cycle.