Only 54 percent of appointed U.S. Senators running to keep their seat have been victorious over the last half-century 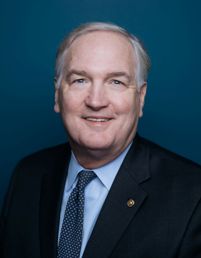 The number of Republican candidates lining up to challenge Luther Strange in Alabama’s 2017 special election is getting longer by the week.

Strange, the former state attorney general who took office in early February after long-serving Senator Jeff Sessions was confirmed to Donald Trump’s cabinet, was appointed to his seat by the disgraced and now former Alabama Governor Robert Bentley.

Additional GOPers are expected to file for the August 15th primary, with that contest (or the September 26th runoff) likely to produce the eventual winner of the December 12th special election. [Republicans have won each of the last eight U.S. Senate contests in the state since 1996 with Democratic nominees failing to win 40 percent of the vote in the last seven].

Senator Strange will have a half-year of service in D.C. under his belt at the time of the primary. So what are the odds he will still be in office by 2018?

Smart Politics examined the nearly 200 appointments to the U.S. Senate since 1913 and found that just 34 percent of appointees won the subsequent election for that seat: 36 percent chose not to run, 12 percent failed to win their party’s nomination, and 17 percent lost the subsequent election. Of the 125 appointees who ran for reelection, just 54 percent were victorious.

In total there have been 196 appointments to the U.S. Senate in the direct election era.

Of the 195 appointees prior to Strange, 70 did not run for election to the chamber the next time their seat was on the ballot (35.9 percent), leaving 125 candidates seeking to remain in the chamber. [Note: A few of these 125 appointed senators did not run in the special election for the seat to which they were appointed, but ran instead in the election held simultaneously for the state’s other senate seat].

Appointees who sought to hold their U.S. Senate seat have generally had a solid record of winning their party’s nomination – particularly in recent decades – with 101 of 125 doing so, or 80.8 percent.

Since 1980, that number has been even more impressive with 21 of 22 receiving their party’s nomination, including each of the last 12 since 1999.

That, at least in a political vacuum, is good news for Senator Strange who will face a large primary field of well-known GOPers in August.

The only senator who failed in such an attempt since 1980 was Kansas Republican Sheila Frahm in 1996. Frahm was appointed to the seat in June 1996 after Bob Dole resigned to focus on his presidential bid.

The nine previous nomination bids and the 12 that followed were all successful:

It should be noted 11 appointed senators did not run for election to their seat during these last 37 years (with a 12th, Minnesota’s Dean Barkley, appointed in between the election and the beginning of the next congress due to the death of Paul Wellstone shortly before Election Day in 2002).

Of the 101 appointees who were successful in receiving their party’s nomination, 67 came out on top in the subsequent election (66.3 percent).

All told, that means just slightly more than half of appointed U.S. Senators who attempted to hold their seat were successful in doing so – 67 of 125 (53.6 percent).

The election rate for appointed Senators has only been slightly higher in recent decades, with just 18 of 32 appointees victorious in their U.S. Senate campaigns over the last 50 years, or 56.3 percent.

By contrast, the reelection rate of incumbents in the chamber overall during this span is north of 80 percent.

This disparity makes intuitive sense: appointed Senators have not had as many years to establish and capitalize on the ‘incumbency advantage’ – usually serving far shorter stints than a true freshman who gets six years to nurture their new relationship with his or her constituency.

Perhaps just as important, unlike a true freshman who earned the seat at the ballot box, voters are perhaps less enamored by appointees who bypassed the electorate en route to the chamber in the first instance (particularly when the governor who appointed them has low approval numbers).

[New Hampshire Republican Louis Wyman was also appointed to a senate seat in December 1974, which he held for four days at the close of the 93rd Congress, after that state’s controversial and incredibly close election. However, Wyman was not an incumbent at the time of the September 1975 special election, which he lost to Democrat John Durkin, with Republican Norris Cotton eventually appointed back to the seat from which he retired in August until the electoral mess was finally resolved one months later].

Ron Crumpton, the Democratic Party’s 2016 nominee in the race against Dick Shelby, is a candidate once again for the office in this year’s special election.