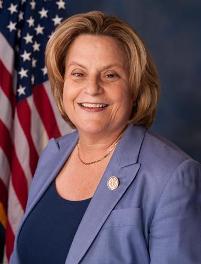 Ileana Ros-Lehtinen’s announcement that she would retire at the end of her term in January 2019 not only opens up a likely Democratic pick-up in Florida’s 27th Congressional District but also marks the end of one of the most impressive tenures among the nearly 300 women to serve in the nation’s lower legislative chamber.

Ros-Lehtinen carried her district by 9.8 points in 2016 – one cycle after Democrats did not even field a challenger against her. [Hillary Clinton carried the district over Donald Trump by 19.7 points last November].

It was the closest race the Miami-area GOPer had faced since she won her first term in a 1989 special election after the death of Democrat Claude Pepper – a 6.5 point win over Gerald Richman in what was then the state’s 18th CD.

All told, Ros-Lehtinen won 15 terms to the U.S. House and is the longest-serving woman from the South in the chamber’s history at 27 years, 8 months, and 4 days through May 2nd.

That is also currently good for 7th on the all-time tenure ranking for female U.S. Representatives. The Florida congresswoman trails only:

Ros-Lehtinen will eclipse Bolton on July 7, 2018 to exit Capitol Hill with the second longest service for a Republican woman in the chamber’s history at 29 years, 4 months, 6 days.

At 27+ years and counting, Ros-Lehtinen is the only female U.S. Representative from the South to serve more than 25 years. 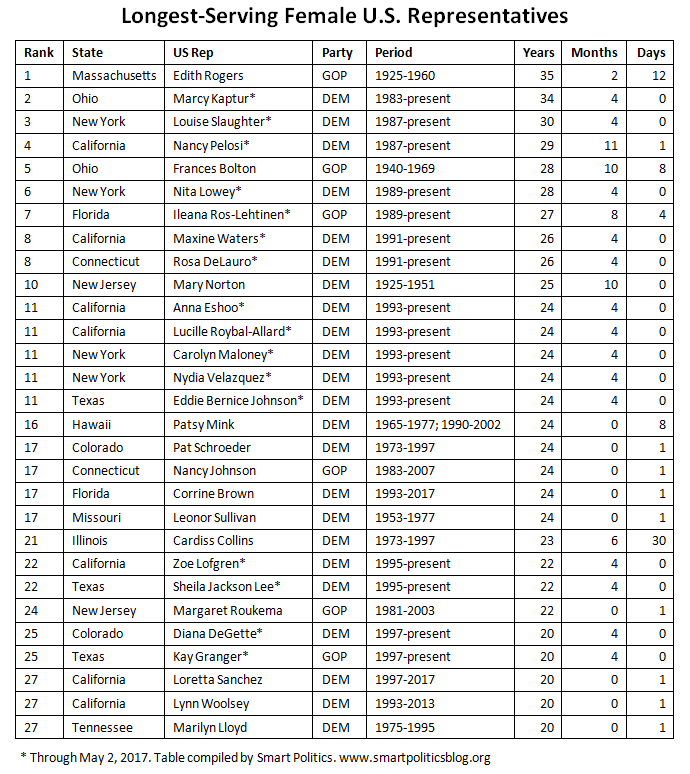 Democrat Eleanor Norton of D.C. (26 years, 4 months) would also crack the Top 10 all-time service list for women in the U.S. House if delegates are included in the count.