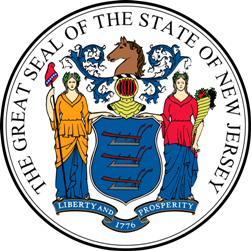 A week ago, former Vice President Joe Biden heralded New Jersey’s 2017 gubernatorial race as the “single most important” election of the next three years.

While political observers might find that remark curious, eyes will be on the Garden State this year in what is the GOP’s first attempt to hold a gubernatorial seat under President Donald Trump.

Voters head to the polls in the state on Tuesday where six Republicans and five Democrats will appear on the primary ballot in an open seat race to succeed the term-limited Chris Christie.

The direct primary for governor was adopted in New Jersey in 1911 and Tuesday’s election will be the 30th since the first time the office came up on the primary ballot on September 23, 1913.

The 11 Democratic and Republican candidates on Tuesday’s ballot is tied for the third most major party hopefuls in a race for governor in state history.

The only other cycle to feature more major party candidates was the 15 who ran on the ballot in 1977: 11 Democrats (won by Governor Brendan Byrne) and four Republicans (State Senator Raymond Bateman).

Overall, a total of 195 major party candidates have appeared in the 30 primaries conducted since 1913, or an average of 6.5 per cycle.

The 2017 Democratic race is not anticipated to be highly competitive with former U.S. Ambassador to Germany and Goldman Sachs executive Phil Murphy with a large double-digit lead in the polls.

Most Democratic gubernatorial primaries over the decades have been yawners, with only four of the previous 29 contests decided by single digits:

The 1953 race between Meyner and Wene resulted in the closest gubernatorial primary finish by either party in state history.

The Republican side of the ticket has garnered a bit more attention in 2017, although Lieutenant Governor Kim Guadagno is also expected to win relatively comfortably over State Assemblyman Jack Ciattarelli.

The GOP has historically held much more competitive gubernatorial primaries than their Democratic counterparts with more than one-third decided by single digits (11 of 29):

Incumbent governors (or acting governors) have won their party’s nomination in 10 of 12 attempts over the last century.

The only two governors to fall short in a campaign to make it to the general election were Republican Acting Governor William Runyon in 1919 (losing by 3.8 points to engineer and State Comptroller Newton Bugbee) and Republican William Cahill in 1973 (losing to U.S. Representative Charles Sandman by 16.9 points).

None of the 11 major party candidates in 2017 have previously appeared on a gubernatorial primary ballot.