12 percent of Nebraska elections to the chamber have featured rematches between major party nominees; challengers have won 1 in 3 of these races but none in the last half-century 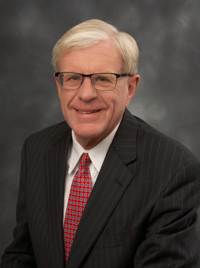 Former Democratic Congressman Brad Ashford announced on Sunday that he would seek a return to the U.S. House in 2018 following his razor-thin 1.2-point loss to Republican Don Bacon last November.

Earlier this spring it was unclear whether Ashford or his wife – Ann Ferlic Ashford – would be vying for the seat.

Ashford currently does not have a free-and-clear path to the nomination but is expected to be the favorite against nonprofit executive Kara Eastman who has pledged to remain in the race.

And so, if Ashford vs. Bacon II takes place in 16+ months, what kind of chance does the former congressman have the second time around?

Smart Politics examined the 301 elections to the U.S. House in Nebraska history and identified 37 that involved rematches between major party nominees (12.3 percent), or approximately one in eight races.

All 37 of these races involved incumbents.

But while the incumbency advantage has propelled officeholders to win reelection at an extremely high rate for decades (an average of 93 percent per cycle nationally since 1964), challengers have won nearly one-third of rematch elections in Nebraska since statehood – victorious in 12 of 37 contests (32.4 percent).

However, such rematches have become exceedingly rare in the Cornhusker State in recent decades – only five have been held since 1968 – with the last successful bid coming more than a half-century ago.

Nebraska did not host its first rematch election to the U.S. House until 27 years after statehood in 1894 in the 5th CD.

In that race, Republican educator William Andrews turned a 10-point loss to Populist William McKeighan in 1892 to a 3-point victory two years later.

Challengers seeking rematches fared exceedingly well over the next decade with four of the next five also ousting incumbents:

Most repeat battles at the ballot box between major party nominees occurred only once, but one Democratic congressman was involved in multiple battles with two different Republican opponents.

U.S. Representative Ashton Shallenberger was serving his third nonconsecutive term in the 5th CD when he was defeated by 1.6 points during the 1918 midterm Republican wave by ex-19th Century GOP Congressman William Andrews.

Four years later during the 1922 midterm Democratic wave, Shallenberger took back his seat from Andrews with a 2.5-point win.

However, in 1928 – another Republican-friendly cycle – Shallenberger lost his 5th CD seat again, this time to former Lieutenant Governor Fred Johnson.

Johnson would serve only one term as Shallenberger defeated the freshman lawmaker in 1930 by 11.2 points and again in a second rematch in 1932 by 12.3 points in the newly drawn 4th CD.

Between 1908 and 1960 there were a total of two-dozen U.S. House rematch elections  – but only six victories by the challengers.

In addition to Shallenberger’s comeback victories in 1922 and 1930 listed above, the remaining four were:

Callan (who was also the losing Democratic nominee in 1958 against Phillip Weaver) turned his 5.9-point loss to Beermann in 1962 into a 2.6-point win with Lyndon Johnson at the top of the ticket.

However, Callan would lose his seat to Robert Denney during the subsequent 1966 GOP wave and failed again in a 1968 rematch by 10.7 points. [Callan would also run as an independent in 1970’s open seat race, placing a distant second behind Republican Charles Thone].

Including Callan’s 1968 rematch against Denney, there have only been five rematches among major party candidates in Nebraska over the last half-century, with the challenger failing each time:

Overall, there were 28 congressional rematch elections during the 60-year period from 1894 through 1954 and just nine during the following 60 years from 1956 through 2016.