Mary Jo Walters will attempt to achieve what no primary challenger has accomplished against a sitting Democratic Wisconsin U.S. Senator: win even 15 percent of the primary vote 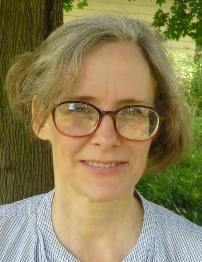 After Donald Trump’s narrow victory in Wisconsin in 2016, Democratic U.S. Senator Tammy Baldwin’s name was cemented as a (near) top-tier GOP target in 2018.

Baldwin, who won her seat against former four-term Governor Tommy Thompson by 5.5 points in 2012 with Barack Obama carrying the state by 6.9 points at the top of the ticket, will at least have the formality of running a primary campaign this cycle – picking up a primary opponent late this summer from Mary Jo Walters.

That race, however, did not involve an incumbent and Baldwin is assuredly looking ahead to her general election campaign.

In a campaign video, Walters stated she is running against Baldwin out of principle:

“I’m running for a U.S. Senate seat because I have to. I actually have to. Someone has to. I think every single elected official should have someone running against them. It actually makes them a better candidate.”

Wisconsin Democratic U.S. Senators have never had to face a bona fide primary opponent over the decades – easily winning their party’s nomination all 15 times by no less than 70 points.

In the six cycles in which a Democratic U.S. Senator did draw a challenger, none captured even 15 percent of the vote:

When factoring in Republican incumbents, 10 of the last 15 Wisconsin U.S. Senators have not faced a primary challenger dating back over the last half-century.

The strongest showing during this span came during Bob Kasten’s run for a third term when Roger Faulkner won 19.5 percent in the two-candidate primary.

However, during the first 50 years of primary elections in Wisconsin there was frequently fierce competition for the Republican Party nomination – even when an incumbent was on the ballot – due to the deep intraparty fraction between the stalwarts and La Follette-led progressives.

As a result, three Republican U.S. Senators were defeated in the primaries:

Senator Ron Johnson ran unopposed in the GOP primary in 2016.

Although Walters has carved out liberal policy positions that are similar to the incumbent, Baldwin remains extremely popular within Democratic circles and should capture at least 90 percent of the primary vote next year.