Only five of 55 U.S. Senate partisan winning streaks of eight in a row have been halted in the subsequent contest during the direct election era 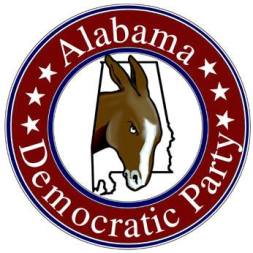 When Roy Moore defeated establishment pick and incumbent Luther Strange in Alabama’s GOP U.S. Senate primary election runoff last month, there was cautious talk that the nomination of the controversial former state supreme court chief justice could have pried an opening for Democratic nominee Doug Jones to pull off a victory in the December election.

Such a win, of course, would be a monumental upset in the deep red state where Republicans have won 43 of 52 statewide races this century including 25 in a row since Democrat Lucy Baxley’s 2008 victory for the state Public Service Commission.

Talk of a possible Jones victory perhaps began in earnest last week, however, when a FOX News poll (of registered voters) showed the two nominees locked in a tie, each garnering 42 percent.

So just how unusual would it be for Democrats to end this winning streak in 2017?

Smart Politics examined the nearly 1,900 direct elections to the U.S. Senate over the last 100+ years and found that there have been 55 Democratic or Republican winning streaks of eight elections in a row, only five of which were ended in the next election.

Democrats and Republicans have succeeded in extending their electoral winning streaks of eight in a row to nine during each of the last 14 such attempts since 2000:

The most recent U.S. Senate winning streak of eight in a row that has come to an end took place in Indiana in 1998.

Each of the four previous instances in which eight-election streaks came to an end took place more than 35 years ago:

With only 9.0 percent of eight-cycle winning streaks ending in the direct election era (five of 55), the odds of a Democratic victory in Alabama seem long.

And they seem even longer upon further examination of these five examples listed above.

Each of these five previous instances occurred in states where the party enduring the losing streak had put together a number of fairly competitive performances along the way.

That has not been the case in Alabama, where Democrats have come within single digits of winning just once during these eight losses (Jeff Sessions’ 7.0-point win over State Senator Roger Bedford in 1996) and within 20 points in only one other race (Sessions’ 18.8-point victory against Auditor Susan Parker in 2002).

By contrast, 17 of the 40 previous elections in the five aforementioned states that saw an end to these streaks were decided by single digits (42.5 percent) and 26 of 40 were decided by less than 20 points (65.0 percent).

Kentucky’s eight-cycle GOP winning streak will be put to the test in 2020 when Mitch McConnell is up for reelection. An eight-cycle Democratic streak is at stake in 2018 in Delaware with Tom Carper seeking another term.