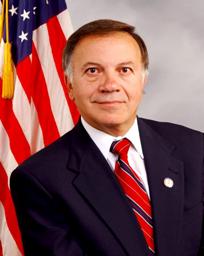 Former congressman and presidential candidate Tom Tancredo announced this week he was running for governor of Colorado in 2018 – marking the third consecutive cycle he has launched a bid for the office.

Tancredo ran an impressive third party campaign in 2010 winning 36.4 percent as the American Constitution Party nominee – dividing the conservative vote and helping to lead GOP nominee Dan Maes to the worst showing for the party in a Colorado gubernatorial race in state history at just 11.1 percent.

Four years later, Tancredo petitioned to get on the Republican primary ballot and placed just 3.5 points behind Bob Beauprez in the third closest contest out of the 76 Republican and Democratic gubernatorial primaries held since 1912 – and the first GOP race with four candidates.

[Colorado requires that a candidate receive at least 30 percent of the vote at the state party assembly to have his or her name appear on the primary ballot or, alternatively, submit a petition with a valid number of signatures in each congressional district].

There is a chance Tancredo may need to collect signatures again to petition to get on the primary ballot as it seems unlikely at this point that multiple candidates will emerge from the convention with 30+ percent of the vote.

If Tancredo can make it to the primary in 2018, he’ll add his name to a long list of losing GOP candidates who have appeared multiple times on the primary or general election gubernatorial ballots over the decades.

Smart Politics reviewed the 56 gubernatorial election cycles in Colorado since statehood and found that 10 failed Republican nominees or primary candidates have subsequently appeared on the ballot for the office – with just one eventually prevailing to becoming governor.

The one success story was written by John Vivian.

Vivian was a Jefferson County attorney and special assistant to the state attorney general when he ran in the 1926 gubernatorial primary to face former two-term Governor Oliver Shoup and  Secretary of State (and former Klan member) Carl Milliken.

Vivian placed second with 37.0 percent of the vote – 12.7 points behind Shoup.

More than a decade later, Vivian was elected lieutenant governor twice, won the 1942 GOP gubernatorial primary, and served as governor for two terms.

Vivian’s story is the exception, however, as many other GOP candidates also fell short the second time they got the chance to put their names before voters:

Due in large part to the 30 percent convention vote threshold that ensures a spot on the primary ballot, the vast majority of winners of both Democratic and Republican primaries in recent decades have run unopposed.

With eight GOPers in the race thus far, and more possible candidates eying bids, there is a good chance multiple gubernatorial hopefuls will pursue the petition route this cycle.

Colorado Republicans have won only five of the last 17 elections for governor held since 1954.