Only one Utahan has won more support in a race involving both major party nominees out of 127 U.S. House third party and independent candidates to appear on the ballot since 1932 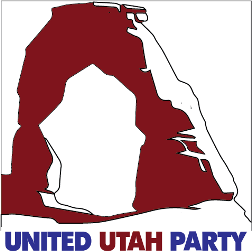 He may not have quite united Utah’s 3rd Congressional District, but United Utah nominee Jim Bennett did receive an impressive amount of support in Tuesday’s special election to fill the vacated seat of Republican Jason Chaffetz who resigned this summer.

While Bennett – and the United Utah Party generally – fell short in their first attempt to create a winning coalition of independents and disaffected moderate Republicans and Democrats, he nonetheless turned in one of the strongest showings by a non-major party candidate for the office in state history.

That ranks as the 6th largest percentage of the vote cast for third party and independent candidates in a Utah U.S. House election with both major party nominees on the ballot, eclipsed only by:

The largest percentage of the vote ever received by an independent or third-party candidate came shortly after statehood in 1896, when Populist Andrew Bowen captured 35.9 percent in an at-large race won by Democratic Utah Supreme Court Justice William King. However, there was no Republican Party nominee in that contest.

There was also only one major party candidate in 1982’s 3rd CD race when Hank Huish won 23.1 percent in a loss to former Republican State Representative Howard Nielson as well as in 1998’s 3rd CD contest when Independent American nominee Will Christensen received 15.8 percent against GOP incumbent Chris Cannon.