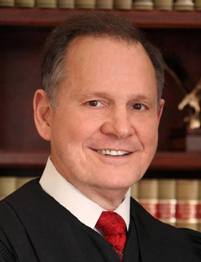 With Election Day in November now come and gone, only one high profile race remains on the 2017 calendar – Alabama’s U.S. Senate election between Democrat Doug Jones and Republican Roy Moore next month.

The race has garnered national attention for weeks with sexual misconduct allegations against Moore not only boosting Jones’ chances in the deep red state but also dividing the Republican Party in Washington, D.C. with the state party in Alabama as well as deepening the chasm between the party’s establishment and anti-establishment factions.

If it seems a bit unseemly to have the already politically-divided country wage their partisan wars in such a public manner as the holiday season commences – it is at the very least unusual.

Smart Politics reviewed the 175 U.S. Senate special elections conducted since 1913 and found the 2017 Alabama race is just the third special held in December during the direct election era.

The vast majority of special elections to the nation’s upper legislative chamber are of course conducted in November (144 of 175 since 1913, or 82.3 percent) – due to the laws in many states requiring specials be held on Election Day in that month.

Prior to this year’s contest in Alabama, the only two December special elections to the nation’s upper legislative chamber were conducted in Connecticut in 1924 and North Dakota in 1992.

[In fact, there have only been two specials conducted during the 59-day period from November 9th through January 6th over the last 104 years].

But a special election for Brandegee’s seat was scheduled for the next month, on December 16th, and governor-elect Bingham was selected as his party’s nominee – ultimately defeating Democrat Hamilton Holt by 38.6 points.

As such, Bingham had the unusual distinction of simultaneously being Connecticut’s governor-elect and senator-elect. [He would serve only a few days as governor and eight years as senator].

The second and most recent December special was held on December 4, 1992 under equally odd circumstances.

When North Dakota Democratic Tax Commissioner Kent Conrad campaigned against first-term Republican U.S. Senator Mark Andrews in 1986, he pledged that he would not seek reelection if the federal deficit, trade deficit, and real interest rates were not brought under control by the end of his term.

Conrad narrowly defeated Andrews that cycle but, with deficits not under control six years later, he kept his pledge and did not stand for another term. [Congressman Byron Dorgan subsequently won Conrad’s open seat that November].

However, North Dakota’s long-serving Democratic U.S. Senator Quentin Burdick died in early September of 1992, thus creating a special election for the state’s other seat a month after the November 1992 general election.

It should be noted that December isn’t the least frequent month to hold special elections to the chamber.

No U.S. Senate specials have been held in February with just one each in March (Vermont, 1931, won by Republican Warren Austin), July (Minnesota, 1923, Farmer-Laborite Magnus Johnson), and August (Wisconsin, 1957, Democrat William Proxmire).

September has hosted seven specials over the decades with six in June, five in January, and four in April.

Holding a special in an odd-numbered year, like Jones vs. Moore in 2017, has been even more rare than conducting one in a month outside of November.

Since 1913, only 22 specials have been held outside of midterm or presidential election years (12.6 percent):

And there is this fun fact: four states have held two U.S. Senate special elections on the same day:

It should be noted that a handful of general elections have been held in December – in southern states with runoffs requiring a majority winner.

All told, Alabama’s U.S. Senate special election will be just the seventh December election for the office out of nearly 1,900 contests in the direct election era.