Next year will be the 55th time in which a state simultaneously hosts elections for each of its U.S. Senate seats; in only eight cases has the electorate split its vote between two parties 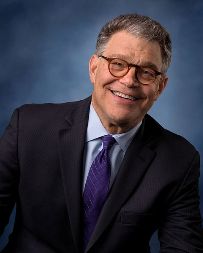 The resignation announcement by Al Franken on Thursday means next year Minnesota will become the sixth state in the 21st Century to have both of its U.S. Senate seats on a November ballot.

Two-term DFLer Amy Klobuchar is up for for reelection in 2018 and a special election for Franken’s seat will also be held next November.

Prior to Franken’s resignation, Democratic resources were already projected to be spread fairly thin in 2018 – with the party needing to defend 23 of 33 seats in the midterms (plus the seats of two independents who caucus with their party).

Klobuchar has one of the strongest statewide approval ratings in the U.S. Senate and is widely viewed to be a strong favorite to win a third term.

And while it may seem that the battle for Franken’s seat (with or without an appointed incumbent running for reelection) creates a strong opening for the Minnesota GOP to pick up a seat in 2018, history suggests that this may be a difficult task.

A Smart Politics analysis finds there have been 54 instances during the direct election era in which a state hosted U.S. Senate elections for both of its seats, with nominees being elected from two different parties just eight times – and not once over the last half-century.

Since 1913, there have been 33 states who have found themselves in the same situation Minnesota will face in 2018.

The last instance of a state splitting its vote for its two U.S. Senate seats on the same ballot took place in South Carolina 51 years ago.

Each of the subsequent 10 instances in which both seats were on a state’s ballot during the next half century resulted in one party winning both elections:

In four of these 10 elections, the general election was more closely decided than the special: Minnesota 1978, California 1992, Tennessee 1994, and South Carolina 2014. That is not expected to be the case in Minnesota next year.

From 1913 through 1966, it was more common to see ticket-splitting with eight of 44 nominees elected on the same day coming from different political parties: