No state’s U.S. House delegation has ever increased from a single, at-large representative to multiple members after two censuses 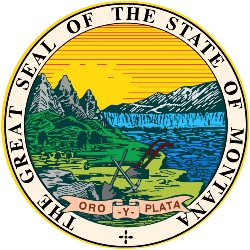 New 2017 population estimates released from the U.S. Census Bureau last week indicate that the nation’s sharp increases in population in the Western region of the country could produce a first after 2020’s reapportionment.

Depending on which population model is used, Montana is on the cusp of adding a seat to its U.S. House delegation.

That would bring the Treasure State a second U.S. Representative after having only a single at-large member since 1993.

It would also make Montana the first state to see its delegation increase from a single, at-large member to two or more representatives for a second time.

Montana was represented by one member in the nation’s lower legislative chamber after statehood in 1889 and would remain at that level until the 13th Census in 1910.

Montana is the most recent state to join (or return to) the at-large club along with Alaska, Delaware, North Dakota, South Dakota, Vermont, and Wyoming.

Since the convening of the 1st Congress 228 years ago, a total of 29 states have been awarded just one at-large U.S. Representative at some point since statehood – the aforementioned seven states plus Alabama, Arizona, Arkansas, Colorado, Florida, Hawaii, Idaho, Illinois, Indiana, Kansas, Louisiana, Michigan, Mississippi, Missouri, Nevada, New Mexico, Ohio, Oregon, Rhode Island, Tennessee, Utah, and Washington. [A single at-large seat was frequently, but not always, awarded to states that achieved statehood mid-decade after a given Census].

That marks a 6.2 percent rise from the 989,415 residents recorded for the 2010 Census – the 16th highest rate of increase in the nation during that period.

Texas leads the way with a 12.6 percent rise in population since the 2010 Census with North Dakota second at 12.3 percent.

Note: Montana had the nation’s 12th highest population increase over the last year (1.14 percent). If that relative rate of increase continues through 2020, it is likely the state will receive a second U.S. House seat for the 119th Congress beginning in 2023.