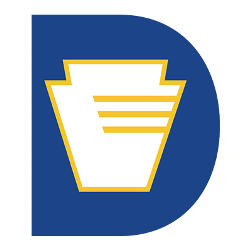 The Pennsylvania Supreme Court’s recent ruling that the state’s congressional map drawn by Republicans after the 2010 U.S. Census was in violation of the state constitution now requires new lines to be drawn in advance of the May 2018 primaries.

State and national Democrats rejoiced at the decision – optimistic that this ruling will remedy multiple cycles of what they believe to be an inordinate number of Republicans being elected due to a gerrymandered map.

That report explained how in 2012, Pennsylvanians elected the lowest number (five) and lowest rate (27 percent) of U.S. Representatives by a major party whilst simultaneously casting its electoral votes for that party’s presidential nominee across the previous 47 presidential election cycles since the birth of the modern two-party system in 1828.

In short, neither party in the state had won so few congressional seats as its presidential nominee carried the state at the top of the ticket, as Barack Obama did in 2012.

Overall, from 1828 through 2016, the party of the victorious presidential candidate in the Keystone State has won an average of 63 percent of U.S. House contests – or more than twice the rate of victory by the Democratic Party in 2012.

But now, the combination of more favorable congressional district lines for Democrats with what is shaping up to be a much more favorable national partisan wind at the party’s back, means Democrats should be in the position to gain multiple seats this November.

Prior to the state supreme court’s decision, a half-dozen districts were already seen as in play for the party including those held by Ryan Costello (6th CD), the embattled Pat Meehan (7th), freshmen Brian Fitzpatrick (8th) and Lloyd Smucker (16th), the open seat of retiring Charlie Dent (15th), and the vacant seat of Tim Murphy (18th) who resigned in scandal last autumn.

By the end of election night this November, the party could have notched just its third cycle netting multiple seats in more than a half-century.

In the ’76 cycle, the party picked off three open seats held by retiring Pennsylvania Republicans:

Pennsylvania Democrats would fail to net a single seat in the chamber for the next 14 cycles through the Election of 2004.

In 2006, however, the party made its biggest gains since 1948 by picking off four incumbents:

[In 1948, Democrats gained 11 seats – undoing the massive losses it suffered during the previous cycle – even as Harry Truman lost the state at the top of the ticket].

Overall, Democratic gains in Pennsylvania have been scarce over the last several decades.

In fact, Democrats netted seats in only two other cycles during this 50-year span: a February 1974 special election victory by John Murtha in the 12th CD after the death of Republican John Saylor and Kathy Dahlkemper’s 2008 unseating of seven-term GOPer Phil English in the 3rd.

Of course, opportunities for the parties to make gains in the chamber are made even more difficult every decade after reapportionment with the Keystone State seeing its representational footprint in the chamber fade a bit every 10 years.

And so while netting even a single seat in 2018 would be an unusual accomplishment for Pennsylvania Democrats, in the current political (and now legal) environment, gaining anything fewer than three seats would likely be seen as a disappointment. Of course, until the new congressional map is finalized, it is uncertain which districts (and GOP incumbents) will be most ripe for the picking.

Should the unthinkable happen, and Democrats not pick up any U.S. House seats in the state, the party would extend its worst electoral record in congressional races since the 1920s.