By contrast, one state’s voters have given each of its last 11 elected governors at least two terms in office dating back to the mid-1920s 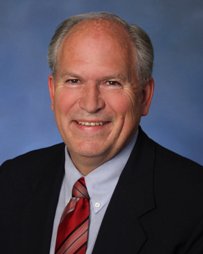 Of the 23 governors eligible to seek another term in 2018, only three opted to retire with Democrat Dan Malloy of Connecticut, Republican Butch Otter of Idaho, and DFLer Mark Dayton of Minnesota calling it quits at the end of the year.

Some of these states have experienced turnover due to governors resigning mid-cycle (Sarah Palin of Alaska in 2009), getting thrown out of office (Rod Blagojevich of Illinois in 2009), losing at the ballot box (Sean Parnell of Alaska in 2014, Neil Abercrombie of Hawaii in 2014, Pat Quinn of Illinois in 2014, Tom Corbett of Pennsylvania in 2014), or simply not seeking another term (Lincoln Chafee of Rhode Island in 2014).

The last governors to win back-to-back elections in these six states are:

A few of these states may see those streaks extended this November, with Ige facing a strong primary challenger in Congresswoman Colleen Hanabusa, Walker enduring mediocre approval ratings, and Rauner and even Ducey vulnerable to a potential Democratic wave.

Some states, however, have enjoyed remarkable stability in their governorships, electing the same governor in back-to-back cycles at least once for a generation or more. [With the exception of Virginia, each state currently permits governors to serve at least two consecutive terms].

Utah holds the current record – doing so with each of the last 11 elected governors dating back to Democrat George Dern to the 1920s.

Dern, a state senator, unseated Charles Mabey in 1924 to deny the GOP governor a second straight win and went on to claim a second term in 1928.

[Note: Maw lost his bid for a third term in the 1948 general election to Lee and Lee was denied a third term losing to Clyde in the 1956 GOP primary].

Three other states have reelected each of the last six governors at least one time:

With two states doing so for the last five:

Walker ran on a unity ticket in 2014 with former Democratic nominee Byron Mallott and it is unlikely that a prominent Democrat will jump into the race this cycle and oppose their ticket. Several Republicans are vying for the seat, however, including State Senator Mike Dunleavy, State Representative Mike Chenault, and businessman Scott Hawkins.