Sitting and ex-Tennessee U.S. Representatives have been victorious in eight of 22 U.S. Senate bids over the last century 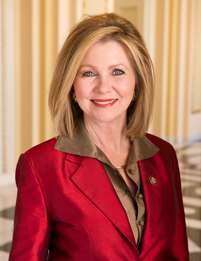 The recent news that Bob Corker is reconsidering his decision to retire from the U.S. Senate in 2018 – nearly a half-year after announcing he would not run again – has Tennessee at the brink of one its most interesting primary and general election U.S. Senate races in the direct election era.

Blackburn was the strong favorite in early, limited polling, and Fincher withdrew from the race on Friday despite raising an impressive $1.45 million in less than three months since entering the race and ended 2017 with $3.6 million in the bank for his campaign.

Republicans have only once before hosted a primary with more than one ex- or sitting member of the U.S. House seeking a U.S. Senate seat. That took place in 2006 when Corker – the former Chattanooga mayor – defeated former four-term GOP Congressmen Ed Bryant (1995-2003) and Van Hilleary (1995-2003).

Representative Blackburn has already stated that she will remain in the race if Corker jumps back in and Fincher has encouraged the senator to do just that.

Tennessee U.S. Senators have won 13 consecutive renomination bids over the last half-century, though a Blackburn vs. Corker primary could end that streak. [The most recent incumbent to fall was Ross Bass with a 2.4-point Democratic primary loss to Frank Clement in 1966].

Meanwhile, as Republicans sort out who will ultimately be on the August primary ballot, former two-term Governor Phil Bredesen will essentially get a free pass to the general election and aims to aggressively raise funds as Democrats attempt to flip this key seat and end their party’s nine-election losing streak in the state dating back to 1994.

Unlike Bredesen, who is one of only a few Tennessee governors to run for the U.S. Senate in the direct election era, Blackburn and Fincher will add their names to a long list of ex- and sitting U.S. Representatives who have sought senate seats over the last century – many of whom were successful.

On the Democratic side:

On the Republican side:

In addition to the U.S. House members listed above, there have been a handful of other notable Tennessee Republicans who ran for the U.S. Senate:

Overall, sitting and ex-Tennessee U.S. Representatives have been victorious in eight of 22 U.S. Senate bids in the direct election era (36.4 percent) with Democrats winning seven of 15 and the GOP one of seven.