It is not a rarity to find a cycle with more than one state hosting elections for both U.S. Senate seats on the autumn ballot 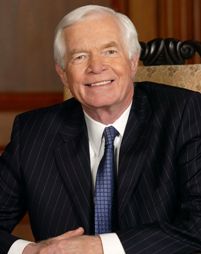 Thad Cochran’s announcement Monday that he would resign a shade over half-way through his seventh term on April 1st means the political chess moves determining Mississippi’s U.S. Senate elections in 2018 got even more interesting.

Just last week, Chris McDaniel stated he would challenge incumbent Republican Roger Wicker – a move that was not welcomed by the GOP establishment.

But now that Cochran is leaving early, McDaniel (who is also said to be interested in receiving an appointment to the seat) might choose to find an easier pathway to the senate running for an open seat in a special election.

Either way, Mississippi will be hosting U.S. Senate elections for both seats in November, joining Minnesota in what will be the 55th and 56th times in which states have simultaneously hosted elections for each of its U.S. Senate seats in the direct election era.

As Smart Politics reported in early December, in only eight of the previous 54 instances has a state’s electorate split its vote between two parties.

But it is not as unusual to see multiple states host such elections in a given cycle: the 2018 cycle is the 15th during which at least two states have held elections for both U.S. Senate seats.

In fact, there have been six cycles in which three states held such elections:

Eight other cycles have seen two states do so, including twice over the last 10 years: