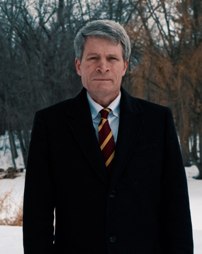 After a month of mulling over whether to run for office – and under what party label  – University of Minnesota Law School professor Richard Painter announced on Monday that he would challenge appointed Senator Tina Smith in the DFL primary.

The former ethics attorney for President George W. Bush and high-profile Donald Trump critic opted against running as an independent in 2018 due to the likelihood such a bid would result in the election of the Republican nominee (expected to be State Senator Karin Housley).

As a result, Painter gives the DFL a centrist alternative in selecting their nominee this August.

But will party loyalists turn out in a primary for a candidate lacking progressive credentials in 2018?

If so, the DFL could host an unusually competitive U.S. Senate primary – and the first close race involving a Democratic incumbent for the office in state history.

Over the decades, DFL U.S. Senators have consistently cruised to decisive renomination victories.

To date, every DFL incumbent has won their party’s primary by at least 25 points. [No Democrat was directly elected to the office prior to the DFL merger in 1944].

In fact, the only incumbent to win by less than 79 points is one of two previously appointed DFL U.S. Senators to appear on a primary ballot – Wendy Anderson, who resigned as governor of the state in 1976 to be appointed to Vice-President elect Walter Mondale’s seat.

Senator Anderson defeated Connolly by 25.1 points with 56.9 percent of the vote.

Although all primary races have been blowouts, only once has an incumbent DFL senator faced no primary opposition. That occurred in 1960 when Hubert Humphrey won his third term.

The average victory margin in primaries across the 11 cycles with DFL U.S. Senators on the ballot has been 81.2 points:

DFLers have hardly had an abundance of competitive primaries even with open seat races, with an average victory margin of 43.6 points.

Overall, across the 25 U.S. Senate primaries since the formation of the DFL Party in 1944, only one race has been decided by single digits and just two others by less than 25 points.

In 1978’s special primary, former Minneapolis and Los Angeles Lakers owner Bob Short defeated Congressman Don Fraser by 0.6 points in a four-candidate field. Short lost the election that November just as he did as the party’s nominee for lieutenant governor in 1966.

The other two DFL nominees to win by less than 25 points were Theodore Jorgenson in 1946 (notching a 14.5-point victory against Frank Ryan) and Mark Dayton in 2000 (by 18.9 points against attorney Mike Ciresi).

For the record, Republicans have also not had many competitive U.S. Senate primaries over the decades, with just two of 38 races decided by single digits – although two of the 16 GOP incumbents on the ballot have been defeated: Moses Clapp in 1916 (finishing a distant third behind Frank Kellogg and Adolph Eberhart) and Henrik Shipstead in 1946 (losing to Governor Edward Thye by 18.7 points).

In addition to Smith and Painter, attorney Nick Leonard is also seeking the DFL nomination in the special election.