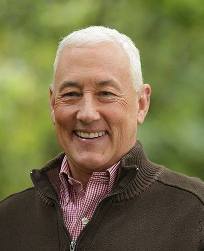 This is the ninth in a series of Smart Politics reports on ‘congressional royalty.’ Previous reports studied Florida, Michigan, Illinois,  Wyoming, California, Massachusetts, Wisconsin, and Indiana (Part I).

Last week, Smart Politics highlighted eight Indiana lawmakers who served with family members in Congress over the last two centuries. On Tuesday, Mike and Steve Braun will attempt to win their respective U.S. Senate and 4th Congressional District primaries to move one step closer to adding their names to that list.

The elder Pence is seeking to become the 20th lawmaker from Indiana who was preceded in Congress by another family member.

All told, slightly more than five percent of the nearly 350 Hoosiers to serve in either of the two legislative chambers since statehood were not the first to do so in their family (19 of 349, or 5.4 percent).

A few of these members were highlighted in last week’s report – having also served simultaneously with their relative on the Hill:

Two Hoosiers who took office in the 21st Century had a family member help blaze their trail to the Hill – including one current member of the state’s delegation:

Ten members of Congress from Indiana – including the aforementioned Representatives Landis, Peterson, and Roemer – took office during the 20th Century by following in the footsteps of a family member:

Seven Hoosiers entering Congress in the 1800s were preceded by a relation:

Ten other Indiana members of Congress took office before a relative of theirs served in the U.S. House or U.S. Senate from another state. The most recent of these is Republican U.S. Representative (1977-1981) and U.S. Senator (1981-1989) Dan Quayle, father of Arizona Republican U.S. House member Ben Quayle (2011-2013).