With seven Republican candidates on the ballot Tuesday, only 1936’s Democratic primary with eight candidates served up a bigger field 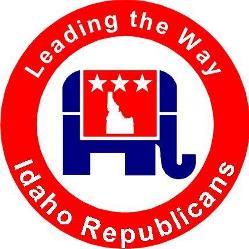 As Idaho Governor Butch Otter serves out the remaining months of his political career, a large pool of fellow Republicans is making their final push to replace him.

Otter, who will exit office next January with the 24th longest gubernatorial service in U.S. history (at 12 years, 7 days), has endorsed his 2010 and 2014 running mate Brad Little, but the state’s lieutenant governor has his hands full with high-profile U.S. Representative Raúl Labrador and businessman Tommy Ahlquist who is making a bid to become the first political outsider to win the governorship in state history.

Add to that four additional lesser-known candidates – 2014 Constitution Party nominee Steve Pankey, Boise’s Dalton Ben Cannady, and perennial candidates Lisa Marie and Harley Brown – and the recipe is in place for a plurality winner in the GOP contest on Tuesday.

Smart Politics examined the 31 gubernatorial primaries held in Idaho since the first such contest in 1910 and found that the seven GOP candidates on the ballot in 2018 is the most in party history.

The party has also had five candidates on the primary ballot twice.

In 1950, former state legislator Len Jordan became the nominee with approximately one-third of the vote as he defeated businessman Reilly Atkinson, Secretary of State Cy Price, and two other candidates en route to a general election victory that November.

Since 1910, an average of 3.2 Republicans have appeared on the 31 gubernatorial primary ballots. [Note: Nominees were selected via party conventions in the state from 1920 through 1930].

Republican nominees have been nominated without opposition in Idaho gubernatorial primaries just four times: former state Treasurer Byron Defenbach in 1932, Governor Robert Smylie in 1958, Lieutenant Governor Jack Murphy in 1974, and Lieutenant Governor David Leroy in 1986. All but Smylie were defeated in the general election.

The 2018 Republican field falls just short of tying the all-time Idaho record for the largest number of candidates by a major party to appear on a gubernatorial primary ballot.

That record was set 82 years ago by the Democrats when eight candidates ran for the office.

Idaho Democrats have not hosted a competitive primary for the office in nearly 50 years with Andrus’ 8.9-point win over Vernon Ravenscroft in 1970 the last contest decided by single digits.