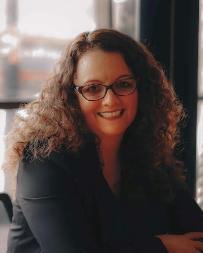 This is the first in a series of reports tracking women winning major party nominations to the House of Representatives in 2018.

Debate ensued as to whether Eastman’s win was a sign of a fired-up progressive base that can help propel Democrats to a wave election in 2018, or a base that may have jeopardized an excellent chance at flipping freshman Republican Don Bacon’s seat this November with Ashford, a conservative Democrat, as the nominee.

In any event, Eastman advances to the general election along with attorney Jessica McClure in the 1st CD, who handily defeated attorney and 2014 nominee Dennis Crawford by 32 points.

To date, only one woman has been elected to a U.S. House seat in Cornhusker State history – Virginia Smith, who won eight terms from the 3rd CD, serving from 1975-1991.

Prior to the mid-1970s, women winning nominations for either major party for the U.S. House in the state were few and far between.

The first woman to secure such a nomination was Democrat Mabel Gillespie in 1944.

Gillespie had already made her mark when she was one of the first three women in Nebraska (along with Sarah Muir and Clara Humphrey) to win election to the state legislature – each elected to the state house during the 1924 cycle.

Gillespie was not the first woman to seek a congressional seat in Nebraska, but she was the first to win a major party nomination when she defeated Omaha’s Andy Jensen by 1.5  points in the 2nd CD race with 40.5 percent of the vote.

However, the former state legislator was defeated in the general election by freshman Howard Buffett (father of famed investor Warren Buffett).

It would take another 24 years before the next woman was nominated for the U.S. House when Maxine Morrison, wife of former Governor Frank Morrison, won the 2nd CD nod, defeating future Congressman John Cavanaugh by 9.0 points.

In the eight-cycle stretch from 1974 through 1988 during which Republican Virginia Smith was nominated, three other women won Democratic U.S. House nominations. None, however, were competitive in the general election:

The Fowler vs. Smith matchup in 1978 remains the only woman vs. woman U.S. House race among major party nominees in Nebraska history.

Rep. Smith retired in 1990, but two women were nominated for the U.S. House that cycle – Republican Ally Milder in the 2nd CD and state legislator Sandy Scofield in the 3rd.

Milder, the last Republican woman to win a U.S. House primary in Nebraska, lost by 16.1 points that November to freshman Peter Hoagland while Scofield was defeated by fellow state legislator Bill Barrett by 2.3 points in an open seat race.

Over the next two decades, six more women – all Democrats – were nominated for the office:

Overall, Nebraska women have received 23 nominations across 22 of the 304 general and special U.S. House elections since statehood, winning eight times.