Women have been nominated to the U.S. House by major parties in Idaho during 12 of the last 14 election cycles; Cristina McNeil is the 17th to be nominated in state history 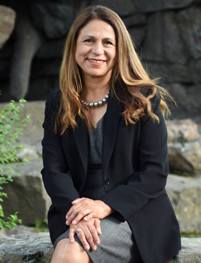 This is the second in a series of reports tracking women winning major party nominations to the House of Representatives in 2018. The first report featured Nebraska.

Paulette Jordan stole the headlines for Idaho Democrats earlier this month when she won her party’s nomination for governor – the first hurdle in her underdog bid to become the nation’s first Native American governor.

Down the ballot, the party also nominated a woman to the U.S. House – realtor Cristina McNeil (pictured) who cruised to an easy 53-point victory in a three candidate field in the state’s 1st Congressional District.

While many states are experiencing a surge in women nominees for the nation’s lower legislative chamber, Idaho has consistently been putting forth women candidates for the office over the last two decades.

In a state with just two congressional districts, Idaho has had at least one woman nominee in each of the last four election cycles (all Democrats) and in 12 of the last 14 cycles dating back to 1992 (with the exceptions of 2006 and 2010).

Republican Helen Chenoweth was the second and last woman to win a U.S. House seat from the Gem State – winning three terms from the 1st CD during the 1994, 1996, and 1998 cycles.

Since then, seven Democratic women have lost in the general election:

The first woman from Idaho to receive a major party U.S. House nomination was Democrat Nell Irion in 1920.

Irion, of Sandpoint, was nominated at the state Democratic convention that August but lost by 33.2 points to seven-term Congressman Burton French in the general election, winning 26.0 percent of the vote.

Irion would later become the first woman elected to the Sandpoint City Council in the mid-1930s.

It would be 24 years before the next woman won a major party nomination to the chamber from Idaho – Democratic Canyon County Treasurer Gracie Pfost.

However, Pfost was renominated by more than a 20-point margin in a four-candidate primary in 1952 that included former Congressman Compton White to set up a rematch against Rep. Wood.

This time Pfost was on the winning end of a razor-thin race – defeating the freshman congressman by 0.5 points.

Pfost would be reelected to four more terms through the 1960 cycle, including a 1956 contest against Republican Louise Shadduck, a journalist and former aide to Governor Doc Robins known as the Lioness of Idaho.

The Shadduck vs. Pfost race was one the first elections between two major party women nominees in congressional history and remains the only such contest in Idaho history.

Pfost was reelected by 10.3 points.

Following Pfost’s departure from Congress in January 1963, three more women would be nominated to the office from Idaho during the next 30 years:

The aforementioned Helen Chenoweth, a political consultant, was nominated to the U.S. House from the state’s 1st CD in 1994 with 48.0 percent of the primary vote, defeating former Lieutenant Governor David Leroy by 20.1 points plus two other candidates.

Chenoweth then knocked Rep. LaRocco out of office during the Republican Revolution and was reelected to two more terms.

The 1994 cycle also saw one other woman receive a nomination to the office – Boise Democrat Penny Fletcher. Fletcher ran unopposed in the primary but was crushed by 49.9 points in the general election by freshman Mike Crapo.

To date, women have been nominated by major parties to the U.S. House from Idaho a total of 24 times – 19 by Democrats and five by Republicans – winning eight of these races pending McNeil’s 2018 candidacy.