Treasure State Republicans may produce their 11th plurality winner for the office in next Tuesday’s primary; each of the previous 10 lost the general election 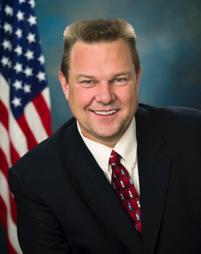 Jon Tester, one of the top GOP targets heading into the 2018 cycle, will rest easy on Tuesday evening as he runs unopposed for his party’s nomination for U.S. Senate in Montana.

It is the 13th time in state history that a senator from the Treasure State has not faced a primary challenger.

[Note: Mansfield is one of three non-incumbents to run unopposed in a Montana U.S. Senate primary along with Republican Governor Tim Babcock in 1966 and GOP sporting goods businessman Bud Wallace in 1970. Only Mansfield was victorious.]

Incumbent U.S. Senators facing primary challengers have won 17 of 20 nomination attempts. Failing to do so were:

It is quite likely that all four candidates will receive double-digit support in the GOP primary next Tuesday with the party’s nominee emerging with only plurality support.

That would not be unusual for Republicans in a state where the party has rarely had the opportunity to rally around an incumbent for most of the last century – winning  only five of 35 U.S. Senate races in the direct election era: Ecton in 1946, Conrad Burns in 1988, 1994, and 2000, and Steve Daines in 2014.

The GOP has nominated a plurality winner in 10 of these 35 cycles, with each nominee losing in the general election:

However, just seven of the 35 GOP primaries for the office have been decided by single digits, with only three by less than five points.

The closest primary by either party in state history was the 1958 Republican contest in which Anaconda millworker Lou Welch eked out a 0.6-point victory against Helena widow Blanche Anderson. Neither candidate was given a chance to unseat Senator Mansfield who defeated Welch by 52.4 points.

While it remains to be seen how Tester’s reelection odds take shape after Republicans select and presumably rally around their eventual nominee, it appears that the two-term Democrat is not one of the most vulnerable incumbents of his party around the country, despite Donald Trump carrying the state by 20.4 points in 2016.

Tester’s campaign was sitting on $6.2 million cash on hand ending the first quarter of this year.