A record four women were nominated by major parties to the U.S. House from New Mexico this cycle; female nominees have won 41 percent of such races in state history 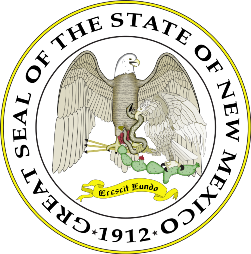 This is the fourth in a series of reports tracking women winning major party nominations to the House of Representatives in 2018. The first three reports featured Nebraska, Idaho, and Virginia.

Out West in Tuesday’s primaries New Mexico saw history made with a record four women from major parties nominated to the U.S. House of Representatives out of the five slots not sought by an incumbent.

The net result is that the state will host two woman vs. woman matchups this November.

Four women nominees for the office is a new state record.

New Mexico Democrats and Republicans had collectively nominated three women to the office in one previous cycle – 2012 – when Lujan Grisham defeated Arnold-Jones in the 1st CD and activist Evelyn Erhard came up 18.2 points short of unseating Rep. Pearce in the 2nd.

Overall, 17 women have been nominated to the U.S. House by major parties a collective 26 times in New Mexico, notching victories in nine of the previous 22 bids prior to the 2018 cycle, or 40.9 percent.

The first woman to receive such a nomination was Republican suffragette and Santa Fe schools Superintendent Adelina Otero-Warren in 1922.

Otero-Warren was nominated to the state’s at-large seat over freshman incumbent Nestor Montoya.

However, Otero-Warren’s general election prospects were damaged when her second cousin – former Republican territorial Governor Miguel Otero revealed that she was not a widow as she had stated, but had instead divorced her husband of two years in 1910.

Otero-Warren was defeated that November by attorney and board of education president John Morrow by 8.8 points.

It would be nearly a quarter century until the next woman was nominated to the U.S. House from the state – but the outcome was different.

In 1946, rancher and state Superintendent of Public Instruction Georgia Lusk was one of two Democrats nominated to the state’s two at-large seats. [Two at-large nominees from each party appeared on a single ballot in the state from 1942 through the 1958 cycle, with the top two candidates winning seats].

Lusk was the top vote-getter among the four candidates tallying 26.5 percent of the vote.

Lusk’s tenure in the chamber was brief, however, as she placed third in the 1948 primary behind three-term Congressman Antonio Fernandez and former governor and Commissioner of Public Lands John Miles.

Chambers defeated economist Dwayne Jordan by 7.6 points in the primary but lost to business consultant and former State Department official Bill Richardson by 29.1 points that November.

Each of the next three woman nominees would also fall short of victory during the next decade and a half:

Baca also lost a rematch against Congressman Skeen in 1998 but earlier that cycle New Mexico elected its second woman to the nation’s lower legislative chamber in a 1st CD special election caused by the death of Steven Schiff.

Wilson beat Maloof by 5.0 points – the first of her six consecutive victories in the district through the 2006 cycle. [In 2008, Wilson ran for the U.S. Senate but narrowly lost the GOP nomination to fellow delegation member Steve Pearce].

During Wilson’s string of six victories, one fellow woman nominee fell short for the GOP: State Representative Lisa Lutz was crushed by freshman Democrat Tom Udall in 2000 by 34.4 points.

Following the aforementioned 2012 victory by Michelle Lujan Grisham over Janice Arnold-Jones and Evelyn Erhard’s loss to Congressman Pearce that cycle, Lujan Grisham won two more terms in 2014 and 2016 with two other woman falling to defeat:

In total, 26 of the 231 major party nominees in general and special elections to the U.S. House from New Mexico have been women since statehood in 1912 (11.3 percent).