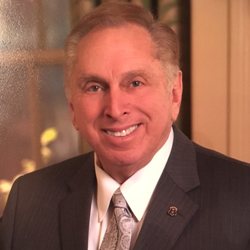 While Rhode Island holds one of the last primaries in the nation in 2018 (September 12th), the state should serve up some interesting battles at the top of the ticket in races for the Democratic and Republican gubernatorial nominations.

Meanwhile, on the Republican side of the ballot, Cranston Mayor and 2014 gubernatorial nominee Allan Fung is seeking another chance to win the governorship, but will have to first dispatch with House Minority Leader Patricia Morgan and former state Senator Giovanni Feroce in the primary.

Waiting in the wings on Election Day, however, are at least two non-major party hopefuls whose candidacies will almost ensure that the winner of the gubernatorial race will emerge with a plurality for a third consecutive cycle: Moderate Party Chair Bill Gilbert and former Republican state legislator Joe Trillo, who is running as an independent.

Gilbert won 8.3 percent as the Moderate Party nominee for lieutenant governor in 2014 while fellow Moderate Robert Healey claimed 21.4 percent in the gubernatorial race.

Trillo, an early and strong advocate for Donald Trump during the 2016 presidential election, is expected to attract a substantial percentage of Trump supporters – thus complicating the chances of Republicans flipping the Democratic-held seat.

Trillo is already polling in the high teens and thus puts the Ocean State on a path to achieve a very rare feat in the annals of gubernatorial electoral history.

If Trillo reaches the 20 percent mark in November, Rhode Island will become just the fifth state since the turn of the 20th Century – and first state in more than 75 years – to have non-major party candidates for governor win at least 20 percent of the vote in three consecutive election cycles.

Prior to the aforementioned Healey’s impressive 21 percent showing in 2014, former Republican U.S. Senator Lincoln Chafee won the governorship as an independent in 2010 with 36.1 percent.

Since 1900, 12 states have had non-major party gubernatorial candidates turn in back-to-back cycles with 20+ percent a total of 14 times, with four of these turning into streaks of three or more straight cycles.

Bates ran again in 1920 under the Non-Partisan banner and placed second with 26.3 percent in an open seat race won by Lieutenant Governor William McMaster.

A very long streak of bona fide non-major party candidacies began in Minnesota in 1918 and lasted 13 cycles through the Election of 1942. This streak included four consecutive victories by Farmer-Laborites in the 1930s and nine second-place finishes.

These candidates won more than 22 percent of the vote in each of these cycles and more than 30 percent in 12 of them:

La Follette’s son, Phillip Fox La Follette, won the governorship as a Progressive with plurality victories in 1934 (39.1 percent) and 1936 (46.4 percent) before losing at the ballot box by 19.4 points to Republican businessman Julius Heil with 36.0 percent.

Former Progressive Attorney General Orland Loomis then narrowly lost to Heil by 0.9 points during the Election of 1940 with 39.8 percent but defeated him by 13.2 points in a 1942 rematch with 49.7 percent.

However, Loomis passed away a month after Election Day and was not sworn into office.

Other two-cycle streaks with third-party or independent gubernatorial candidacies reaching the 20 percent mark since 1900 occurred in:

In addition to Trillo and Gilbert, three other non-major party candidates are attempting to gather 1,000 valid signatures by July 16th to qualify for the general election ballot: independent physician Luis-Daniel Muñoz, independent Rebecca McLaughlin, and Anne Armstrong under the Compassion Party banner.