No incumbent U.S. Senator has lost a primary in the First State and 33 of 35 incumbents have won renomination over the last century 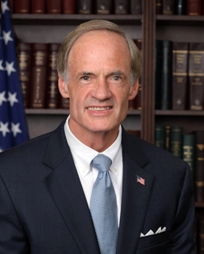 So emboldened, in fact, that she is sending paid campaign staff to assist another political neophyte in what on paper seems like an improbable bid against a titan in Delaware politics.

Harris, like Ocasio-Cortez, is running to the left of her primary incumbent.

Carper, a former state treasurer, five-term U.S. Representative, and two-term governor, has won two-thirds of the primary vote during his two U.S. Senate reelection victories and provides Democrats with a safe seat in November.

But Democratic primary voters might want to consider whether they can hold the seat no matter how liberal of a nominee they suit up for the general election.

Although Delaware is considered a reliably blue state in presidential elections, the GOP has won 12 of 43 other statewide races since the turn of the 21st Century (27.9 percent) including the most recent elections for auditor and treasurer:

Republicans have famously learned the pitfalls of nominating ideologically extreme candidates in U.S. Senate races in recent cycles, such as Sharron Angle in Nevada (2010), Richard Mourdock in Indiana (2012), Todd Akin in Missouri (2012), and Roy Moore in Alabama (2017 special) each snatching defeat from the jaws of victory.

An upset by Harris over Carper would make him the first U.S. Senator to lose a Delaware primary out of 14 attempts. [Delaware did not enact laws requiring direct primaries to select nominees until August 1976].

To date, 33 of 35 nomination bids sought by Delaware U.S. Senators have been successful.

The only two incumbents who failed to win their party’s nomination were Republican L. Heisler Ball in 1924 and Democrat James Hughes in 1942.

The Republican Party selected former Senator T. Coleman du Pont over the one-term Senator Ball in 1924. Du Pont held the seat for the GOP with a 18.7-point win over Georgetown Board of Education President James Tunnell that November.