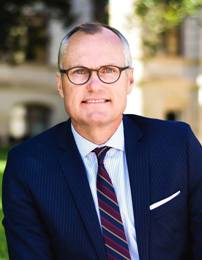 Lieutenant Governor Casey Cagle’s (pictured) apparent struggle to retain the advantage he held over Georgia Secretary of State Brian Kemp following the state’s GOP primary two months ago puts him at risk of becoming yet another first-place finisher in the initial Georgia gubernatorial primary to lose in the runoff.

But a Cagle loss on Tuesday would still be noteworthy in the annals of Peach State electoral politics.

A Smart Politics analysis finds that of the five previous Georgia Democratic and Republican gubernatorial candidates who led after the first round of voting but lost the runoff, none had amassed as much support as Cagle’s 39.0 percent in the initial primary:

Of these five comeback runoff victories, only Busbee’s 15.5-point deficit in the initial primary to Maddox in 1974 was larger than Kemp’s 13.4-point deficit to Cagle in May.

In each of the other seven Georgia gubernatorial primary runoffs, the popular vote leader after the initial primary election was victorious in the runoff:

Russell is the only runoff winner who placed first in the initial primary with less than 40 percent of the vote. A Cagle victory would make him the second.

Overall, just two of the aforementioned 12 runoffs for the office were competitive – decided by less than 10 points. Both of these were on the GOP side: Thompson’s 1.2-point victory over Dye in 1974 and Deal’s 0.4-point win over Handel in 2010.