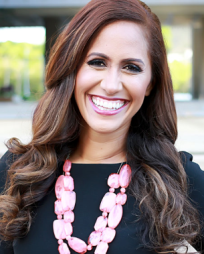 With the 2018 primary season all wrapped up, the impressive tallies of women nominated for prominent political offices are now complete.

Smart Politics reported earlier this month that despite a record number of women receiving major party U.S. Senate nominations (and a record number of matchups between two women), it is plausible there will be fewer women in the chamber next January than during the current 115th Congress.

In state politics, women also shattered the mark for the most major party nominations received in gubernatorial contests with 16.

Two states nominated women for governor for the first time this year – Georgia (Abrams) and Idaho (Jordan) – and three additional states could see women get elected to the office for the first time: Iowa, Maine, and South Dakota.

Since 1924 – when the first two women were elected governor (Ma Ferguson of Texas and Nellie Tayloe Ross of Wyoming) – women have received 139 gubernatorial nominations by major parties (including the 2018 cycle) and have won 48 times.

But there still are six states where major parties have never nominated a woman for governor: Minnesota, Mississippi, New York, Ohio, Tennessee, and Utah. [That number was 10 heading into the 2014 cycle when South Dakota and Wisconsin fell off the list].

Vermont and New Hampshire (the two remaining states that hold elections for governor every two years) lead the nation with women nominated by major parties to the office 10 and seven times respectively.

During this period, an average of 13.3 percent of major party gubernatorial nominees have been women, or 122 of 914.

Hawaii leads the nation with women winning one-third of major party nominations for governor since 1986 (six of 18). 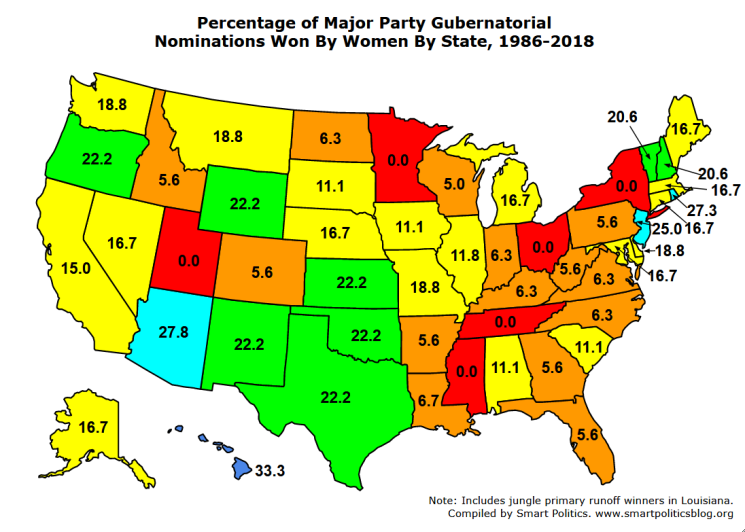 The largest number of gubernatorial races women have won in a cycle is six – a record set back in 2006.

That cycle, Alaska Republican Sarah Palin defeated Governor Frank Murkowski in her party’s primary en route to her win that autumn while five other incumbents also were victorious – Republicans Jodi Rell of Connecticut and Linda Lingle of Hawaii and Democrats Janet Napolitano of Arizona, Kathleen Sebelius of Kansas, and Jennifer Granholm of Michigan.

The 2018 cycle seems poised to break that record as well.

Despite the record number of women nominated for governor this cycle, there are no general election matchups between two women. This has occurred only three times in U.S. history: Nebraska’s Kay Orr vs. Helen Boosalis in 1986, Hawaii’s Linda Lingle vs. Mazie Hirono in 2002, and New Mexico’s Susana Martinez vs. Diane Denish in 2010.

By contrast, women from two major parties have squared off in U.S. Senate races 22 times, including six times in 2018.