The frequency of non-major party candidates has declined over the last two decades, although nearly half who run continue to win 5+ percent of the vote 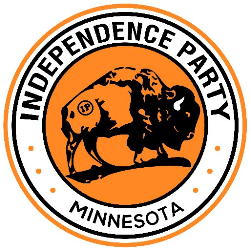 In a state that owns one of the richest third party traditions in the country, most Minnesotans will only have two choices when they go to vote in U.S. House elections this November.

Only two third party candidates qualified for the general election ballot for the office this cycle – Legal Marijuana Now candidate Susan Pendergast Sindt in the St. Paul-based 4th Congressional District and Skip Sandman of the Independence Party in the 8th.

Sindt is making her second consecutive challenge against DFLer Betty McCollum – winning an impressive 7.7 percent during her 2016 campaign.

Sandman ran under the Green Party banner in 2014 and captured 4.3 percent of the vote.

Two non-major party candidates is a far cry from the 13 who appeared on the ballot during the 2010 cycle at the start of this decade – setting a high water mark in midterm elections since the DFL merger in 1944.

Only 12 such candidates have run during the four cycles since.

From the DFL merger through 2016, there were 143 third party and independent candidates in Minnesota U.S. House general and special elections. [Note: The Independence Party is counted as a ‘third party’ for this analysis, although it held major party status in the state during most of its existence, losing such status after the 2014 cycle].

Thirty-two of these received more than five percent of the vote (22.4 percent) including seven candidates who reached double-digits:

Non-major party U.S. House candidacies in Minnesota reached a post-merger peak during the 1990s when 38 ran across the 40 contests held during this five-cycle period, or 0.95 candidates per election.

During the quarter-century following the DFL merger, third party and independent candidates were quite rare with just eight running across the 114 U.S. House races held from 1944 through 1968 (0.07 per election).

The largest number of non-major party U.S. House candidates in a single election cycle since 1944 came in 1992 – coinciding with Ross Perot’s independent bid for president.

Sixteen independent and third-party candidates landed on the ballot that November, although only three won more than five percent: the aforementioned independent Dean Barkley in the 6th CD (16.1 percent), Harry Welty under the Perot Choice banner in the 8th (8.0 percent), and James Patterson under the Independents for Perot moniker in the 6th (5.5 percent).

Although the frequency of third party candidates has declined over the last two decades, a larger percentage of candidates who do run are winning at least five percent of the vote.

Over the last 50 years since 1968, there has been at least one non-major party U.S. House candidate in every election cycle except for 1990.

The Independence Party has by far fielded the largest number of third-party candidates in Minnesota U.S. House races since the Farmer-Laborites merged with the Democrats with 29. There have been 20 Socialist Workers nominees, 14 Libertarians, eight Constitutional Party nominees, and seven each from the Green Party, American Party, and Grass Roots Party.

Since 1944, the 143 third party and independent candidates won an average of 3.5 percent of the vote.