Prior to Jeff Sessions’ departure in 2017, it had been 30+ years since the last time the chamber did not contain at least one state delegation whose members had served two decades together 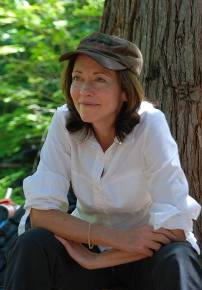 While Democrats are playing defense in several U.S. Senate races across the country this cycle, Washington’s Maria Cantwell is one incumbent who is expected to coast to a double-digit victory in her race against GOP nominee Susan Hutchison.

Cantwell is seeking her fourth term and, along with Patty Murray, is one-half of the current longest-serving state delegation in the chamber.

Cantwell and Murray have served alongside one another for 17 years, 9 months, 14 days through Tuesday.

Only 30 pairs of senators from the same state have served together for 20 or more years in the history of the legislative body – a feat the Washington senators would achieve at the beginning of the 117th Congress in January 2021.

No other state delegations are close to reaching the 20-year mark.

Four states have delegations that have served together for 11+ years:

Whitehouse, Sanders, and Barrasso are running for reelection this year while Corker is retiring.

Three other state delegations will hit double-digits next year:

It also marked the first time in more than 30 years that the U.S. Senate did not have at least one state delegation whose members had served side-by-side for at least 20 years.

Prior to Sessions’ departure, it had been 31 years since at least one state delegation boasted two decades of service together following the retirement of West Virginia Democrat Jennings Randolph in 1984. [Randolph and Robert Byrd are #10 on the all-time list at 26 years].

From 1986 through 2017, the senate was comprised of the following delegations with two decades or more of continuous service:

Prior to 1985, the last time the senate had been without a delegation serving two decades together was during an eight-year stretch from 1957-1964 following the retirement of Georgia Democrat Walter George in 1956. [George and Richard Russell are #18 on the all-time list at 23 years, 11 months, 21 days].

No state delegation members served two decades together prior to 1887 when Vermont Republicans George Edmunds and Justin Morrill were the first to hit that milestone.