The 3rd CD member-elect is just the sixth candidate to win without the support of a majority of voters in the state out of more than 250 U.S. House elections since 1940 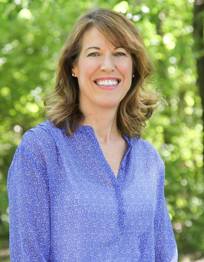 While Iowa Democrats did not quite reach their ‘A’ goals in the 2018 elections Tuesday, they did flip the state auditor seat and two U.S. House seats in the 1st and 3rd Congressional Districts.

The 3rd CD race – due in part to tying the state record of offering six candidate choices in a U.S. House contest – resulted in what has been fairly unusual in Iowa: a plurality winner.

That marks the lowest support for a winning candidate in Iowa across the last 61 contests dating back a quarter-century.

Across the 253 U.S. House elections in Iowa since 1940, only six resulted in a plurality winner.

The remaining four are:

Third parties – necessary to produce a plurality winner unless there is a large write-in vote – reached their peak in Iowa during a four-decade stretch from 1878 through 1916 when 39 out of 225 general and special elections resulted in a plurality winner, or more than one in six contests (17.3 percent).

The least support ever recorded by a winner of an Iowa U.S. House race was the 40.5 percent won by freshman Republican George C. Scott in 1912.

Scott defeated Democrat Anthony Van Wagenen by 5.2 points with Progressive Joseph Hallam receiving 22.5 percent of the vote along with additional support given to Socialist John Bennett (1.7 percent) and Prohibitionist A. Jamieson (0.8 percent).

Between 1918 and 1968 only one election for the office produced a plurality winner: freshman Democrat Vincent Harrington’s 0.4-point victory against Albert Swanson with 49.7 percent.

In total, Axne’s victory last Tuesday was the 46th election for the U.S. House in Iowa with a plurality winner out of 672 elections since statehood (6.8 percent).

Axne and Democrat Abby Finkenauer (who unseated two-term Republican Rod Blum in the 1st CD by 4.9 points) will become the first two women to serve in the U.S. House from Iowa in January 2019.